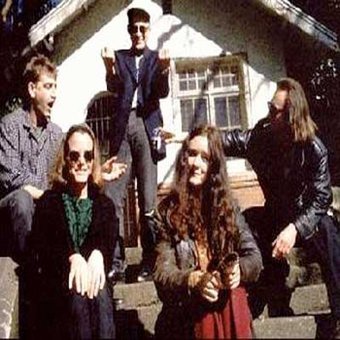 For over a decade, the Able Tasmans were one of the most-loved New Zealand bands around.

While that love never translated into the commercial success sometimes associated with this level of adoration, their fans knew why they made music and responded accordingly.

Able Tasmans fans will be delighted with Songs From The Departure Lounge - a generous 20 track selection that picks out the best of their Flying Nun recordings with a couple of never-heard-before rarities thrown in for good measure.

This album is a ticket to the Ables' world of baroque-and-roll adorned with rich melodies and huge, warm arrangements. It features some of the greatest songs ever written - tracks like "What Was That Thing", "Hold Me 1", "Shape Of Dolls", as well as "Michael Fay" - alongside those selected by the band as their more modest but highly significant musical achievements from the four albums, two EPs and a single they released.

The story of the Able Tasmans and reasoning behind the song selections unfolds in bandleader Graeme Humphreys/Hill's extensive liner notes - an entertaining read punctuated by other members' comments that gives a fine indication of the spirit of this band.

The Able Tasmans made clever music full of acute lyrical observations - a little bit progressive but a whole lot more fun. While " the Jefferson Airplane with a green thumb and a farfisa... and perhaps a telescope" might be a better description of what they wer e up to, at one stage they thought it was funny to label themselves as "Jethro Tull for young people". Almost as funny as making promotional sheriffs badges and teaspoons for their second album, Hey Spinner!, or calling a song "My Name Is Peter Keen" before making lead vocalist Peter Keen come up with the lyrics...

As showcased on Songs From The Departure Lounge, the Able Tasmans' musical palette was an always-adventurous blend of sounds. Keyboards were always prominent but not confined to the sound of the Yamaha organ Graeme started out with - piano by him and Leslie Jonkers features on many tracks alongside Ron Young's squawking synthesiser wizardry. For most of the band's career, a dependable rhythm was provided by Craig Mason (drums) and Jane Dodd on bass.

They were blessed with an array of strong voices, both male and female, and collaborators who brought everything from string arrangements and extra horns to bagpipes along to Able Tasmans recording sessions.

The Able Tasmans gave it away as a band two years ago claiming they preferred the sedate life of a whiskey-drinking social club to lugging gear and practicing songs. But after all joining in to help Flying Nun throw this excellent compilation album together they responded to the cajoling of Nun staff and other friends to play a couple of live gigs in celebration of its release. 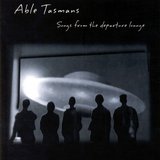 Songs From The Departure Lounge