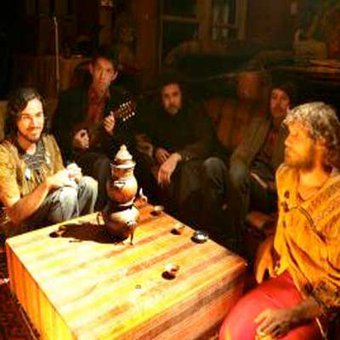 Forming in late 2005 this New Zealand six-piece has created a sound that combines Eastern traditional instruments and psychedelic leanings with experimentation and musical liberation.

An Emerald City have gathered a rabid following from those who thirst for music that pushes boundaries and experiments with sounds very rarely created. Their debut EP of 2008 featured bNet radio favourites Qing Song and A Question and the band's reputation grew further in 2009 after the release of debut album Circa Scaria which was recorded in the great cave of Whatipu amongst the black sand of Auckland's isolated west coast.

2009 was An Emerald City's biggest year yet with stand out performances at the Auckland Big Day Out, sold out album release shows and Circa Scaria receiving critical acclaim from some of the country's most respected music voices. The album spent several weeks in the New Zealand Top 40 album chart and the band continued to play memorable live shows and festival performances that were talked about across the land.

In May An Emerald City relocated to Berlin, Germany and spent the latter half of the year touring Europe and playing shows with the likes of Beirut, The Datsuns, The Veils and Devotchka and being invited to play at Germany's infamous Fusion Festival. They have begun to make their mark amongst the lively streets, smoky dens and grassy parks of Berlin and return mid 2010 after a summer of touring New Zealand and creating new music. 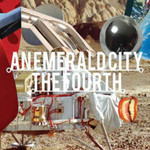 Returning home to New Zealand to tour and release their second album The Fourth in Summer 2011, Berlin based band An Emerald City's sound has evolved and grown since the ...