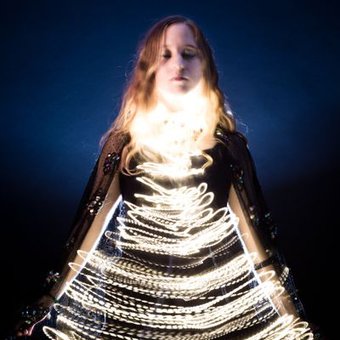 A name born from the literal translation of the French term for "April Fools (day)", April Fish is pianist/singer-songwriter Katie Morton ably backed by John Costa. The music is a concoction of soundscapes with an artistic freedom that is so left of the middle, it's as if Tim Burton and Kate Bush are in command of the Starship Enterprise as it boldly accompanies Alice down the rabbit hole. Or put simply, to borrow the words of Katie's niece: "It sounds like an alien invading a circus."

April Fish prefer to use their music to weave sonic tales for audience exploration, whilst collaborators and performers are encouraged to use the platform to shine. It's a rare thing indeed to find April Fish basking in the spotlight despite having done the hard yards to deserve it - for it's the music that drives them, not any potential fame or popularity that could follow.

Their latest album ‘An Alien Invaded The Circus', is due for worldwide release on April 6th 2018 and features singles such as The Main Attraction, recorded by The Klaus Vermillion Quartet with whom Katie also plays; and Death Count, written in response to the suicide of transgender teen Leelah Alcorn, who in her last act of desperation, used the power of the internet to draw attention to the disproportionately high number of transgender suicides.

Intelligent, thought-provoking and eclectic to say the least, you can currently find Katie working on other collaborative projects or deeply entrenched in the theatre scene. Working in tandem with The Wellington Footlights Society as Musical Director and Composer for shows such as Heathers, The 25th Annual Putnam County Spelling Bee and Flatline With Two Sugars, Artmurmurs.nz had this to say about the latter: "Katie Morton's expressive score transports us into Lucie's tragic, yet quirky world. Morton's writing is dramatic and emotive, but sophisticated and nuanced. The songs with the acoustic strings and piano ensemble support a journey of emotions, textures and styles, whether it be a heartfelt ballad of desperate longing or a fiery upbeat jazz tune."

If you're brave enough to venture into the territory of a musically avant-garde mind and open to leaving any fixed biases at the door? Then you've come to the right place.

April Fish is definitely the destination for you. 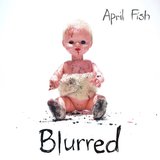 This album contains magical sound dust that will transform the listener into a delirious cephalopod.