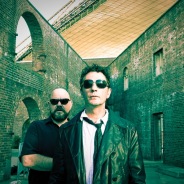 As one of the longest serving bands for New Zealand independent record company Flying Nun, Bailterspace's first incarnation came in the form of the trio's group the gordons When the gordons were disbanded, Alister Parker and Hamish Kilgour (drummer for The Clean) commenced with a new project titled Nelsh BailterSpace.

After the release of the amazing Nelsh Bailterspace E.P., Bills and Humphries departed and ex-Skeptics guitarist John Halvorsen joined Hamish and Alister to play bass.

This initial Bailterspace lineup recorded the debut album Tanker. Kilgour went somewhere, and so Brent McLachlan was recalled to take on drumming like large. The album Thermos followed, recorded at Writhe studios in Wellington, and two years later The Aim e.p. was released on MATADOR (the title track a re-invented version of Nelsh's Our Aim), two of the songs being recorded in New York, thanks to Chris and Gerard from Matador who invited bailterspace to Manhattan.. Recording in New York, New Zealand, Germany and England, Bailterspace went on to produce Robot World , the B.E.I.P. e.p. , Vortura ,Wammo and Capsul

Aligning themselves with Turnbuckle Records, Bailterspace released the 8 song PHOTON E.P. which arrived on NZ shores and many other shores.. The Solar.3 album was released and was distributed through Wild Side Records/BMG in Australasia and Turnbuckle in the US.

Since then the band has been keeping a low profile as far as new recordings are concerned. Flying Nun (their original NZ label) put out a bailterspace compilation cd simply entitled 'bailterspace' which included a rare single track GlimmerDot (originally released on Amphetamine Reptile Records Dope Guns And Fucking) as well as an alternate version of At 5 We Drive.

Presently, Alister and Brent are working on new material which will be released really soon 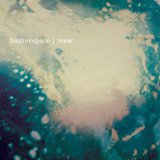