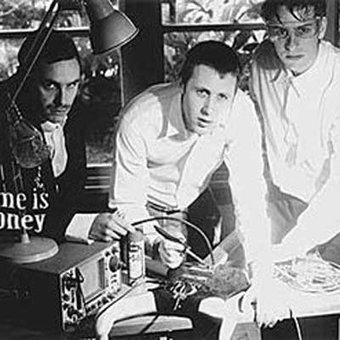 Right from the opening calypso swing of "Palm Singing", Bressa Creeting Cake kick into the playful pop inventiveness that stands as this album's major mood.

The vast array of styles on the album include plenty of psychedelic tinges and a hint of progressive rock, but the band don't get stuck in any one place for long over fifteen songs. And those frivolous moments like "Rocky Mountain" are balanced out by more earnest tracks such as "You & I" and "They Write Words To People Who Are Dead".

An album of flair, depth and meaning, as well as an enthralling 1996 debut from two of NZ?s young & enigmatic pop songwriters - Edmund McWilliams and Geoff Maddock - this album is now back in print at a nice price, so order 2 and give one to a passerby. 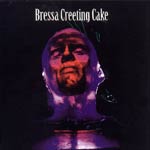 An album of flair, depth and meaning, as well as an enthralling 1996 debut from two of NZ's young &amp; enigmatic pop songwriters - Edmund McWilliams and Geoff Maddock.