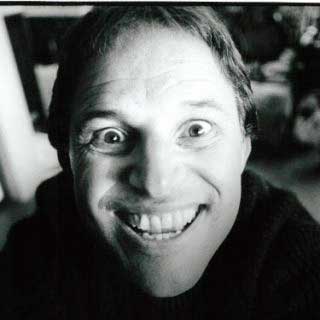 Chris Knox is a musician, cartoonist, and film buff who emerged during the punk rock era with his bands The Enemy and Toy Love.

After Toy Love disbanded in the early 1980s, he formed the group Tall Dwarfs with guitarist Alec Bathgate, much loved for their honest, unpolished sound and intense live shows. His 4-track machine was used to record most of the early Flying Nun singles.

At the 2001 New Zealand Music Awards Knox's song "Not Given Lightly" (1990) was announced as New Zealand's thirteenth best song of all time as voted by APRA members. A love song written for "John and Leisha's mother" - his partner Barbara - this track never scaled commercial heights though it has belately generated some income for the songwriter through its use in TV advertising (notably for Vogel's bread).

Knox has toured extensively internationally. His swing through the US in 1995 included, among others, stops in Seattle, WA to play the Crocodile Cafe. His minimalist, DIY sound played well to ears then-focused on grunge, with its retro-punk stylings.

Knox launched his own label 'A Major Records' in 2006 to release his album Chris Knox and the Nothing. This was the first album Knox recorded in a professional studio, rather than in his trademark DIY style, since his time with Toy Love.

On June 11, 2009 Knox was admitted to Auckland hospital suffering from a stroke. The album Stroke - Songs For Chris Knox was released in New Zealand on November 16, 2009. It features 33 artists performing Knox's songs. The album is a way for Knox's fans to contribute to the costs of his rehabilitation. All artists contributed their time and talent without charge. Artists include Jay Reatard, David Kilgour, The Mint Chicks, Shayne Carter, Yo La Tengo, Bonnie 'Prince' Billy, Bill Callahan, The Mountain Goats, The Bats, The Chills, The Verlaines, Jeff Mangum, The Nothing (including Chris), Tall Dwarfs and Lou Barlow.

The Greenwich Village arts venue Le Poisson Rouge hosted a benefit concert for Knox on May 6, 2010. Artists included Jeff Mangum (Neutral Milk Hotel) and Yo La Tengo, who both participated in the 2009 benefit album for Knox. 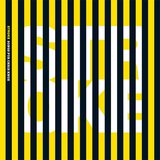 An all-star local and international lineup perform songs from Chris Knox' back catalogue, including his solo work and songs by his groups The Enemy, Toy Love and The Tall Dwarfs.