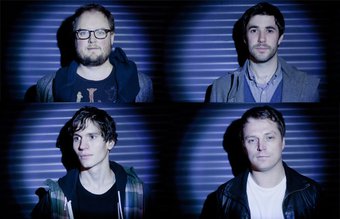 COLLAPSING CITIES' debut Elixir always was a critical favourite that bought the popular Auckland indie outfit a ticket out of the country, flying the quartet's acidic anthems to the UK in 2008.

The fresh, slightly ramshackle charm of ‘Seriously', ‘Fear of Opening My Mouth' and ‘Elixir Always' clicked into extensive airplay not only on their hometown station BFM but the UK's XFM and Radio One.

UK magazine Artrocker summed up their appeal as

"kicking against the pricks like a team of disco storm troopers, they manage to be humane, pop and - crucially - believable"

Not long after NME hailed them as one of the magazine's 10 Hopes of the Near Future, Collapsing Cities returned home to New Zealand to begin a new album, which ended up being two years in the making.

Strangers again indeed. But anyone who has tuned into ‘Regret' and ‘Tazers', the first two tracks emerging from these album sessions, will know that few bands anywhere are more skilled in the application of bittersweet ennui to solid tuneage than Collapsing Cities.

The album was recorded with Nick Roughan (Dimmer, Die Die Die, The Clean, Skeptics) and disillusionment has rarely sounded so anthemic as when wrapped in the heady sonic swirl of his mixes.

Guitarist James Brennan steps up to lead vocals on ‘Regret' and ‘Favours or Favours', the dreamy electro of the former and bruised pop of the latter being a sweet foil to Steve Mathieson's gruff exhortations in other album highlights such as the Gang of Four-ish ‘Evacuation Plan'.

‘Death On the Victoria Line' and ‘Mega 5th' detail the band's London experience with suitably alienated imagery while Mathieson is back in the familiar position of last man staggering at the party in ‘Queue For the Queue'.

The album closes with the spectre of The Clean looming in the insistent ‘Sixty 40' and the submerged crunch of ‘This Mess'.

Dignity intact, it is clear to see that everything Artrocker saw in Collapsing Cities still rings true.

Strangers again shows the storm troopers coming back stronger than you might have expected, and well worth that wait. 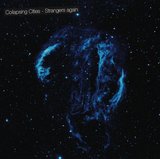