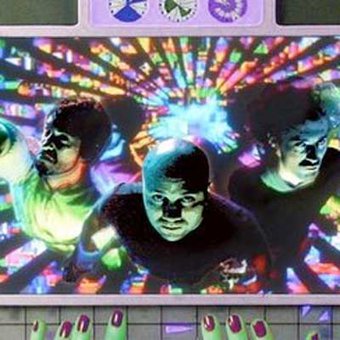 Cosmic Rays of Death formed early this year and very quickly worked up a set, testament to the synergy of the 3 musicians.

The band recorded six tracks and mixed the demo in one night with Damian Golfinopolous at Gundry Audio in Auckland before heading down to play their debut shows at Camp A Low Hum '08.

Excited with the results and the response at Camp ALH 2008, the band decided to release their debut EP …Of Doom and plan to play in England later in 2008, where bassist Mike Logie is now based.

Mike Logie, who as well as playing bass in the Mint Chicks,
created F-n-Math, which was electro-bulbous warped pop, and Pussy Glitch, a lobotomised robot punk rock band.

Si Frost is a talented multi-instrumentalist who beats the skins for ska band The Managers, death metal band Inside Arkham and punk/metal band Army of Darkness. 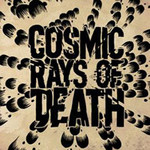 The debut 6-track EP from Cosmic Rays of Death ranges from fast and frantic to sludgy, catchy grooves. Influenced by old skool video game music, with spazzy robotdisco breakdowns and ...