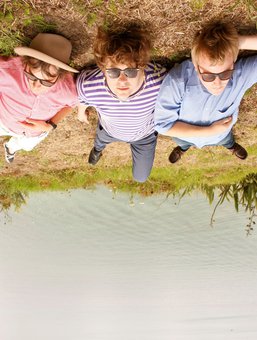 Dictaphone Blues is a band that performs the songs penned by Edward Castelow.

The band also consists of Edward and former Heavy Jones members, Myles Allpress, and Rob Collins. The band has been becoming stuff of legend and lore with live performances being heralded as "infectious", "joyous" and "quivering".

The one time Brunette and Ruby Sun released "On The Down And In" on his own label Blah-lah-lah Records in April 2009, which contains the bNet hits 'Taken Aback' and 'Spooky Room'.

Late in 2010 the band travelled to Australia to not only play a run of well received shows but also to visit the record pressing plant where they actually pressed their own 7"s! These are available by order and at shows and include the songs Questionier and School Tomorrow.

The second full length album is being recorded in the bands Mt Eden studio. This will be released early 2012 before the world ends. A possible trail of singles will lead up to the album. Check the facebook for updates and shows. 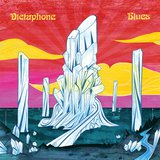 Beneath The Crystal Palace

Recorded in winter 2011 at the Mt. Eden Gentlemen&rsquo;s Club, Auckland NZ. Mixed By Tom Healy at the Lab. Mastered by Steve Smart at Studio 301, Sydney.