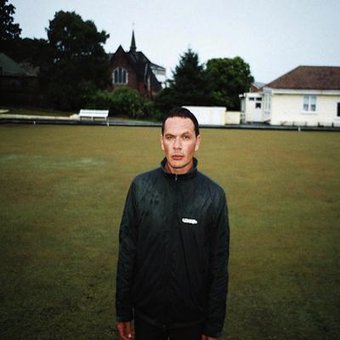 The band from Dunedin is Dimmer. Formed by Straitjacket Fits songwriter Shayne P Carter in mid-1994, Dimmer has burst into life in a couple of mutant musical forms as a vehicle for Shayne's twisted pop songwriting and increasingly powerful guitaring.

The first line-up of the group saw Shayne joined by drummer Peter Jefferies and bassist Lou Allison. After capturing a couple of sonic blasts of song on tape in Dunedin, this Dimmer were thrown into disarray when Lou announced she was pregnant and heading home to England to raise her child and Peter resumed his own solo career with a tour of America. What was a lonely guy to do? Well lonely guys were thick on the ground and Shayne soon enlisted drummer Dean and bassist Heazlewood for Dimmer 95's live activities. But those guys lived in Auckland, which is more than a bike ride away from the Dimmer practice room... so despite a few fiery turns at places like Strawberry Fields, Big Day Out and the Orientation circuit, Dimmer were back in hiding. And there Shayne has been for the past few months, writing furiously and playing bedroom rock with a handful of the Dunedin alumni and a couple of promising newcomers.

No longer just Shayne Carter's "post-Straitjacket Fits project", Dimmer are onto album number four! More than ever this is a "Dimmer band" record, rather than just Carter and some hired ...