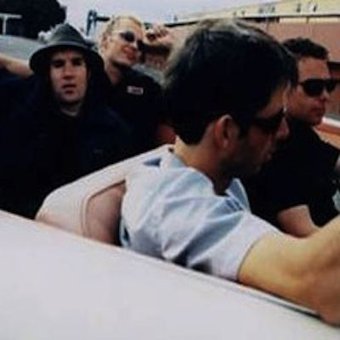 Since forming in Auckland, New Zealand in 1994, Garageland have taken their hook-laden guitar rock 'n roll from college to commercial radio, and into the ears of music fans around the world.

Garageland's debut, Last Exit To Garageland, was released in 1996 and sailed to #3 on the New Zealand charts on the strength of the garage-styled rocker "Fingerpops" and the hypnotic pop melody of "Beelines To Heaven." It was time for the band to see the world, and London was the first stop.

In late 1998, GARAGELAND returned to New Zealand to record their second album at Neil Finn's Roundhead Studios in Auckland. Do What You Want became a critically-acclaimed album yielding the band's highest charting New Zealand single "Not Empty" and their biggest pop crossover hit with "Kiss It All Goodbye."

While touring in summer 2001, the band began a ritualistic nightly viewing of the motion picture The Last Waltz, which impacted the direction of Scorpio Righting. Garageland recorded the new album at Kare Kare Studios with Malcolm Welsford (Neil Finn, Tim Finn, Bic Runga), belting out 12 pop classics from an arsenal of about 40 songs.

So here are the stats - 2 albums in the NZ Top Ten, two gold records, 8 singles in the NZ Top 30, 12 successful national tours, 2 nominations for the APRA Songwriting awards and 1 Tui for 'Group of the Year'. 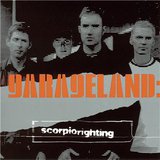 The third offering from Garageland has, the band say, it's roots in Scorceses' 'The Last Waltz', a movie which impacted on the direction of 2002's Scorpio Righting.