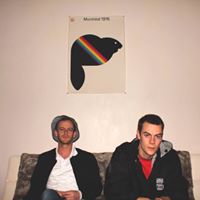 From Auckland, Ghost Wave signed to Arch Hill in 2011 and released their debut EP in April of that year.

Inspired by bands in the classic Flying Nun roster like the Clean, the Chills, and the Bats, New Zealand indie pop group Ghost Wave were formed by songwriter Matthew L. Paul in 2010 in his hometown of Auckland. Along with collaborator Eammon Logan, Paul tracked the band's first EP, eventually filling out the live group with the addition of bassist Mike Ellis and, later, Jamie Kennedy and Andy Frost. Their earliest days were spent dealing with gear theft and playing opening sets for groups like Times New Viking and Explosions in the Sky. After a steady schedule of live performances and recording, Ghost Wave's debut album, Ages, saw release in 2013. The album was engineered and mixed by Clean member Thomas Bell and released on Flying Nun, coming full circle with the band's influences. Their follow-up, Radio Norfolk, arrived in the summer of 2016 and expanded on the group's psychedelic pop leanings while adding more electronic influences. 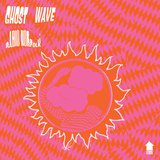