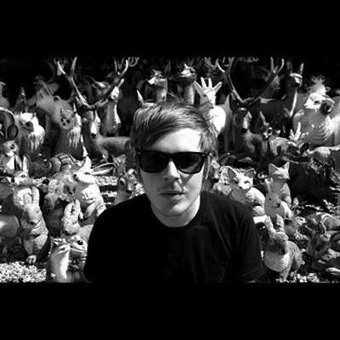 Hailing from the murky swamp of Palmerston North, Grayson Gilmour began his solo recordings at age 16 with the release of ‘Abstract Arrival’ (2002).

Originally treated as a side project to his then current bands / outfits, this first release received such positive response that Gilmour was convinced to record a second album. After moving to Wellington, ‘Behind Locked Doors’ (2003/4) was recorded in late 2003, but released in 2004 at age 18 after spending some time playing lobby piano in Japanese hotels. The album generated interest on a national scale, with reviews in various publications and bnet airplay, yet the identity of the ‘bedroom / studio recluse’ was largely unknown; having played all instruments on his albums, Gilmour had no band, nor had he played one live show! This changed in late 2004 when, in preparation for his next album, Gilmour played his first nerve-wracking solo set at Happy in Wellington.  Recording sessions began early 2005 for ‘Phantom Limbs’ and was released in April of that year. The album was well received so well that Grayson had to say goodbye to his signature self assembled, burnt CD-Rs and have the album re-mastered and pressed. Close on the heels of the ‘Phantom Limbs’ re-release was ‘You Sleep, We Creep’ (2006/7) an album that reflected the end of Graysons compositional and electro-acoustic studies with its textures, arrangements and electronic interludes. ‘You Sleep, We Creep’ spread far and wide around the world, winning over ears alongside the seemingly endless touring schedule of his band ‘So So Modern’. During a break in early 2008, as a reaction to the complexities of ‘You Sleep, We Creep’ and the new-found nomadic touring lifestyle, Grayson turned acoustic to record and release a collection of songs from ‘02-’08 titled as the ‘Chapters’ EP.

In no more than a week after the release of ‘Chapters’ Grayson left the country for a third time to tour with SSM. Alongside a three month European festival tour Graysons songwriting remained a constant, and it was on the road that many of his next collection of songs was formed. Returning back to New Zealand in late 2008 the then titled album ‘Oh! Stasis’ was demo’d and gradually found its way into the studio by May 2009, come July the album would be finished and titled ‘No Constellation’.

However, the album would not be heard until May 2010… enter, FLYING NUN RECORDS! Over a period of many months the secret of the soon to be revived label was kept quiet, and its first new release even quieter. Haphazardly leaked or ‘reported’ by the Dominion Post in late April, the word was out and the album was soon to follow…

…having released & toured ‘No Constellation’ to welcoming reviews, Grayson is currently working on his next collection of songs alongside numerous other projects 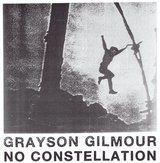