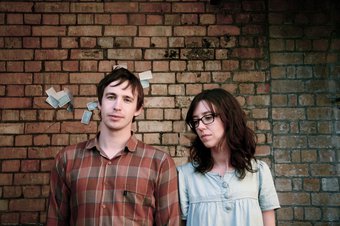 Much has happened in the 18 months since the release of Great North's debut album Newfoundland.

One guitarist joined a modestly successful pop band, their drummer cut his head open on a piece of coral in Hawaii. Frontman and songwriter Hayden Donnell trumped them both by marrying his partner and bassist, Rachel Donnell.

This has resulted in an unconventional collection of love songs, as Auckland's coyest alt. country charmers dispense with the familiar tales of infatuation and heartbreak. Great North turns instead to contemplate a less turbulent, more meaningful kind of relationship on their second album Halves.

It is a collection of songs about the hours spent with those who are counting on our promises. Those stories are set to music that owes as much to the soundscapes of experimental indie rock as it does to Okkervil River, Gillian Welch, Justin Townes Earle, Bruce Springsteen and other stalwarts of the Americana genre. This is both the most traditional, and most alternative, collection of recordings the band has produced to date.

The Donnells are joined by Dale Campbell on piano and vocals and electric guitarist Strahan Cole. Olly Scott-Dye provided the drumming, before leaving to pursue romance and conveyor belt construction in the tropics. Long-serving producer Dave Parker (of Oratia based Little Monster Studio) once again filled the gaps with everything from marching drums to digital soundscapes.

Halves is a carefully considered leap from the band's celebrated debut. It channels a depth that has come with maturity, and the mix of confidence and self-examination that comes from making big promises.

Halves is a carefully considered leap from the band's celebrated debut.