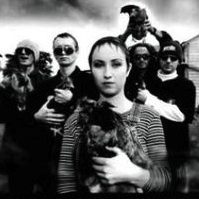 A contentious Battle of the Bands winner, the Headless Chickens emerged in the 80's to offer the NZ public, music that both isolated and engaged. There wasn't a box around that could hold the chickens, they danced between genres and created a sound unique and exciting.

Flying Nun came on board and released two but Children's Hour eventually dibanded when Grant Fell went to Australia Australia. Johnny and Chris continued after a rethink and became the International Headless Chickens soon to become Headless Chickens.

The band did some recordings before tragically, Johnny Pierce commited suicide. The story could have ended there, however Grant Fell was back in town and so slipped on the bass guitar and slipped into the organisational role that had always been Johnny's. The band was complete after Bevan Sweeny sat behind the kit.

'Stunt Clown' was their first album followed by the Platinum selling 'Body Blow', which introduced us to the vocals of one Fiona McDonald. Her work all over the hit singles 'Cruise Control' and 'Juice'. To be bettered only by their only #1 the savagely open 'George', taken from the album 'Greedy. 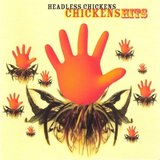