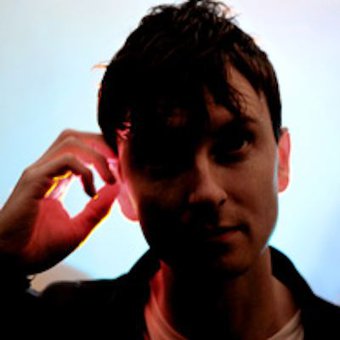 Auckland born and bred James Duncan is one of those musicians you have almost undoubtedly heard, but until now, may not have been fully aware of. A founding member and integral part of the SJD live band, James collaborated on, co-produced and co-wrote much of the last SJD album ‘Dayglo Spectres’ leaving his indelible imprint on an album that justifiably scored, almost unanimous, 5 star praise. As well as his massive long-term contribution to SJD, James has also been, and remains, the #1 guitarist of choice for Shayne Carter and Dimmer for several years. With fellow Dimmer member Kelly Steven he has also released the self-titled Punches EP, but until now his own solo works have only resulted in one scorching EP Mirror Minor released by Round Trip Mars. Hailed by Gary Steel in Real Groove as one of ‘the most concise and glorious wee packages of 2005’ and noted for its ‘wispy Air-like tendencies, electro nods and sonic depths’ by Scott Kara in the Herald, ‘Mirror Minor’ was an unassuming monster of a debut. Even so it could hardly have prepared an unsuspecting public for the majestic mightiness of Hello-Fi.

From infectious warped pop genius, led by the singles ‘Cupboards Bare’ and ‘My New Flumes’, to spacebound shoeglaze on the hypnotic ‘Everyone Around You’ and the Radioscope Alt Chart #1 ‘Don’t Close Your Eyes’, Hello-Fi heralds the arrival of a major songwriting talent, who has his own individual style, complemented by years of collaboration with two of New Zealand’s best ever in Donelley and Carter. Fans of the more eclectic and introverted flavours of Mirror Minor will not be disappointed with cuts like ‘A-Obvious’ (reworked from its initial appearance on Kingsland Vinyl Appreciation Society’s vinyl release ‘A Flip And Two Twisters’) and the sultry Tortoise-esque ‘Get BLANKet’. Further treats are to be found on the bonus mp3 component of the disc with a fistful of tracks that didn’t creatively fit into the grand svelte scheme of Hello-Fi proper, but were simply too compulsively gorgeous not to get a fully fledged release.

The album will be supported by the debut live dates of the James Duncan combo in early September, marking a stepping out and stepping up from James’s previous laptop based performances. Low budget/high fun, un Government sanctioned video clips have been made by Sean Grattan (My New Flumes), thedepartmentofjoe (A Obvious) and Leon Wood (‘Bald Orange Head’) and there will be a 7” release of the future classic ‘Cupboards Bare’. 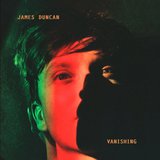 Drawing from the critical acclaim of his 2009 debut album Hello-Fi and after some soul searching and globetrotting, James Duncan is back.