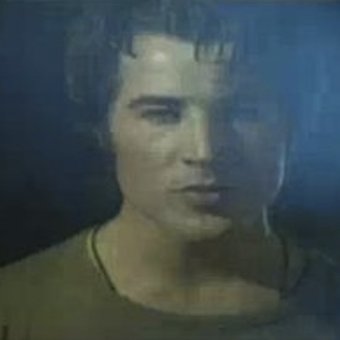 The other member being Leon. MacLaren originally played guitar and sang for Blue Flesh Syndrome, but moved to vocals only for Loves Uglies.

The band played it's debut gigs in support slots for Dolphin at the Subway venue on the corner of St Asaph Street and Madras.

The band recorded a set of six songs on eight track in MacLaren's Old Mill Warehouse apartment with Rob Mayes engineering and producing. Five of these tracks appeared on the Failsafe release 'Stagger'.

The remaining track 'Breaking Vital Ground' was left off and has never been released.

The band eventually disbanded when Floss split up her relationship with McArthur to pursue one with MacLaren.
Floss and MacLaren eventually continued their music initially under another name, MacLaren singing and playing guitar, with a new drummer from Dunedin.

They didn't play any of the material from the previous line up and so were essentially a new band. The band recorded a bunch of songs on eight track, none of which were released. One track 'I Think I Need Her' was re-mixed by Mayes for release to radio.

The band eventually settled their line-up as a three piece with drummer Jason Young taking over, and they settled into developing their sound and becoming one of the most successful new acts out of Christchurch.

They won the 1991 Christchurch War of the bands and their profile and following rapidly increased. By the end of 1992 they had established themselves as one of the most popular bands in Christchurch.

In mid 1992 the band received an Arts Council Recording Grant and recorded material for the 'Purge' EP. This CD-only release was put out on the Flat City label and came out in August 1993 after the release of the 'Avalanche' CD, the material for the 'Avalanche' CD coming from a more recent batch of material. The sessions were recorded by Bart at The Redd Acoustics Premises.

Floss and MacLaren had a child Felix which didn't seem to slow down the band's progress, Floss playing live shows right through her pregnancy and her stick figure cutting an interesting shape with growing baby inside.

The band sealed their success in Christchurch with their triumphant performance at the 'Avalanche' release concert on the 26th of April 1993 with up to 1000 people in attendance. The band followed this success with a further few months of sell out concerts drawing local crowds of up to 900 people.

The band slowly built up their national following with successive North Island tours. Eventually attracting the attention of Flying Nun, label head Roger Shepherd approached Failsafe to OK their approach to the band and Loves Ugly Children were signed to the label in early 1994.

The band were very prolific during their 1992-1994 period and the band would write great songs play them a couple of times and drop them completely. Consequently a number of local classic songs were lost to the waste pile. One such LUC classic 'Awesome Feeling' was performed live at the Avalanche party and was recorded, but never released.

The band recorded the 'Cold Water Surf' EP for Flying Nun, followed quickly by an album, the band tending toward their thrashy noise numbers, which made for a sonic live set but not great home listening.

Both projects were recorded with Tex Houston at the Fish Street Studios in Dunedin, before moving themselves to Auckland.

A world tour in November 1995 saw the band playing gigs in the UK and recording an EP in a London studio. Returning home they continued gigging, hitting trouble with drummer Young and eventually replacing him with Paul Reid, now frontman for Rubicon and ex-Shortland Streeter.

A second album, 'Showered In Gold', was eventually recorded and released and the band supported this release with gigs but by August of 1998 the band had not managed to return to the UK to cement their status.

By September relations between Floss and MacLaren had deteriorated and they parted company from each other. According to official press releases the band is now officially disbanded as a result.

Thanks to Failsafe Records for the Loves Ugly Children bio. 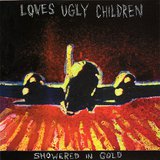