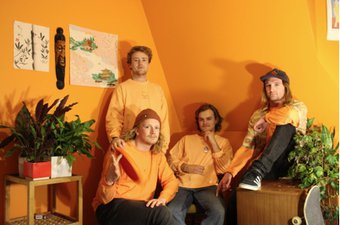 Mild Orange are a band from Dunedin, New Zealand that make what they call ‘melting melodies' - an energy and vibrancy derived from a lust for smooth sounds.

The quartet was founded in 2017 by childhood friends Josh Mehrtens and Josh Reid while flatting together during studies at the University of Otago, and later joined by Tom Kelk and Jack Ferguson.

Mild Orange released its debut self-produced album ‘Foreplay' on 18 April 2018. It was received well worldwide, finding success in an emerging global ‘bedroom pop scene' with songs accumulating millions of views on YouTube. The album was recorded in the bands practice room in Dunedin, and in their flat, as well as partly at Mehrtens' family home in Arrowtown. ‘Foreplay' was produced and mixed by front man Josh Mehrtens.

Mild Orange prides itself on a powerful, and at times pensive live show. In their year long existence, Mild Orange have sold out tours of New Zealand, as well as performing at Rhythm and Vines on New Years Eve. 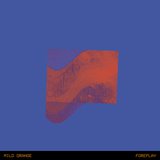 &lsquo;Foreplay' is a statement of Mild Orange's lust for smooth sounds, and is a tease as to what is to come. Produced, mixed and engineered by front man Josh Mehrtens. ...