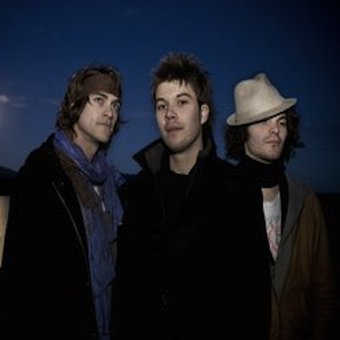 Moonlight Flit (Noun) - A hurried departure by night to escape from one's creditors.

Cousins Tim and Mike Rhoades and long time friend Simon Eastwood started playing together when they were still attending high school in Wellington, but decided to make it official when they chose their band name at random out of a dictionary. Feeling a strong sense of creativity emerging they soon began performing at various venues around Wellington, gaining a reputation for engaging performances with a high level of musicianship. One reviewer noted, "they all got the crowd standing like a pack of cats just noticing a trio of humming birds. They had a defiant clear sound with Tim's voice virginally smooth it sounded like no cigarette butt or potent stream of alcohol had grated the satin lining of this guy's throat." (Sarah H, the Set)

Moonlight Flit take time in writing their music, creating depth that appeals to a broad range of listeners as being intelligent and insightful without becoming pretentious. In 2009, the Flit released their debut album "Road to the Outside" at Bodega in Wellington, and shortly afterwards they welcomed Matt Henderson as a fourth band member. The release of the album was a long time coming, the band had recorded "Road to the Outside" at the home of friend Paul James during weekends on and off for three years. Despite being realised over such a long period, "Road to the Outside" retains a fresh and organic feeling, having been mastered by Steve Smart in Sydney, the album is now available for download from iTunes, amplifier.co.nz, and Real Groovy stores in Wellington and Auckland.

The band are currently working on a follow-up EP, containing new material written since the completion of "Road to the Outside". 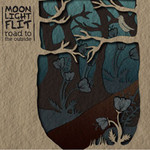 Road to the Outside

A lovingly crafted gem that rewards repeated listening, 'Road to the Outside' is the result of three friends sitting on a couch and dreaming of something beyond the world they knew.