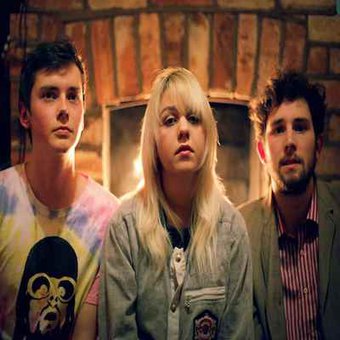 The cavernous echo of space rings with the sound of Constellations, the first album by Auckland band O'Lovely. 2011 is the first big step for a band with years behind these eleven tracks which are about to see the world. Muffled gasps and expansive overtones will finally emerge after what has been a lengthy creative process.

Having had the album engineered by Dale Cotton (HDU, Dimmer), O'Lovely's debut shifts in instrumental texture, a kind of eeriness that sounds like Phil Spector died and returned as a specter of music's past. Much like its name, however, ‘Constellations' retains its form in symmetrical beauty with "clusters of sounds blending together". This is the drumming of Tim Woods, which thuds persistently beneath what guitarist Perry Mahoney constructed to wash over his funereal bass and the breathy sighs of Laura Lee Watson.

It was in Christchurch, late 2008, that the first incarnation of O'Lovely came to be; not long after, an enticing 4 minutes of song found its way to the top of student radio charts. This was ‘A Different Day', which now finds its place on the album along with the cavorting ‘Wild Flames' and new single ‘Bright Lights'. Similar sounds can be found in the later stages of My Bloody Valentine's career, or fellow shoegaze pioneers Chapterhouse. A bright past, including slots at Big Day Out and Camp A Low Hum, has brought all three members and revolving bass players to a figurative peak, with the shimmering sirens of Constellations peering down from above. 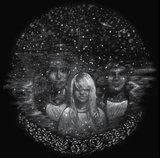 The debut album by O'lovely... 'Constellations' is dreamy and spacey. Some songs float in fuzzy reverb and 80s synth while others are loud distorted guitar driven pop songs. Expect clusters ...