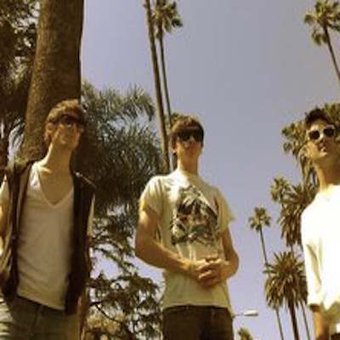 Over The Atlantic is Nik Brinkman and Bevan Smith (Signer, Aspen, Skallander), who came together through shared involvement in a A LOW HUM compilation.

In 2006 Over The Atlantic were signed to the prestigious USA Carpark/PawTracks family of labels before they'd even played a single show, demonstrating the strength of their first album, Junica. This meant they were label-buddies with Beach House, Dan Deacon, Animal Collective and Ariel Pink, among others.

Over The Atlantic songs are written by Nik Brinkman and lovingly produced by Bevan Smith, two of the most intriguing musicians in New Zealand. Once writing and recording is finished, Brinkman hands the tracks over to Bevan Smith who then skillfully crafts the tracks into the final compositions you hear on record.

From nomination for Best Unreleased Song at the Bnet Awards when he was just 16, to now, Nik Brinkman is emerging as one of the most important and innovative modern songwriters in New Zealand. Even his side-project Psychic Powers (with LA-based Alejandro Cohen) has been signed to uber-awesome USA label Geographic North with the promise of a glow-in-the-dark 12" record scheduled for release before the end of this year.

Upon the first listen of Dimensions, it's easy to hear the maturity and sense of place that has evolved since Over The Atlantic's debut, Junica. It shows influence from a ...

Over The Atlantic elsewhere