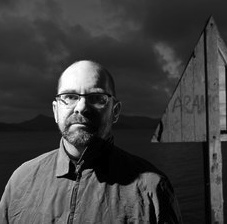 Robert Scott's list of music projects over the years reads like a who's who of alternative New Zealand rock for the past 3 decades.

His main role of course has been as bass-player, song-writer and non-Kilgour in legendary New Zealand noisy jangle-pop pioneers The Clean. He's just as well-known as singer, guitarist and songwriter for his equally enduring band The Bats, and helmed the acclaimed Magick Heads for their brief but productive time on earth in the 1990s.

In amongst those commitments he's been involved in a bewildering variety of less well-known groups from the long running family & friends cassette band Electric Blood to the short-lived Gina Rocco & the Rockettes, while contributing to various Flying Nun Records super-groups like The Weeds along the way and drawing or painting the cover art for many memorable Flying Nun Records album sleeves.

Robert has a long history as a self-taught artist. Starting off drawing his own war comics because his parents wouldn't let him buy them, he soon progressed to a cartoon-illustrated music fanzine Every Secret Thing in the 1980s. He still contributes comic art to various underground publications. He paints strange and exotic art, in a distinctive "comic-realist" style and often with a surreal sci-fi bent, which he sells when travelling the world playing with The Clean and The Bats. In his spare time Robert works as a teacher-aide at his local school, often involving song-writing and art-making projects with the kids.

Surprisingly Robert has also found time to release some solo albums. The largely instrumental, experimental The Creeping Unknown came out in 2001 and in 2010 he released the brilliant Ends Run Together (both on Flying Nun Records). In between times he has released some low-key solo albums including Songs of Otago's Past (an album of local folk songs), Tascam Hits and an EP Tudor Gates all on Powertool Records.

Robert lives in Port Chalmers, a charming but oddly paradoxical blue-collar artistic harbour town squeezed between the hills and the sea 10 minutes drive from Dunedin. The centrury-old buildings on the main street are dwarfed by the triffid-like cranes of the container port down the end of the street. If you visit Port Chalmers you may even find Robert out and about, or dancing under the mirror-ball at Chicks Hotel at 1am, or playing solo, or with his occasional solo band The Moreporks (who cover The Bats and The Clean), or with his even more occasional real covers band The Club Swingers (Joy Division, Buzzcocks, Devo etc. played Scott-style). 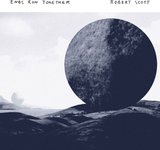 "...a delightful album of cohesive but varied songs ranging from sweet pop jams to lullabies and even finishing the album with an outro of spoken word..." Benny George