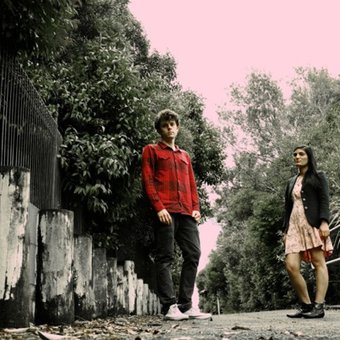 Described (Sunday Star Times, NZ) as ‘warm clouds of distortion and feedback cloaking every sound and gorgeous hazy melodies that swirl around you like smoke'.

She's So Rad is a three piece act of Jeremy Toy, Anji Sami and Tom Healy. The band has duo vocals, guitar, bass and synthesizer with electronic drums and midi sequencing. The idea behind this is that all the sounds, even though programmed are still organic, live and eludes to the vibe of 90's shoegaze/alt music.

She's So Rad have been playing in New Zealand and Australia since the release of their first album ‘In Circles' in August 2011 opening for bands like Unknown Mortal Orchestra and Ghostwave and also headlining club nights in Auckland and Sydney, A Low Hum - Flying Nun Tribute Night, 95bFM ‘in session' & bStreet.

2012 will see them open for Ladyhawke in the U.K. and also release their second album.

She's So Rad have support from New Zealand bNet radio, student radio network. They have had 3 of their songs in the 95bFM (Auckland) top ten and also in the Radio One (Dunedin) top eleven.

About the album ‘In Circles'

Recorded at multiple locations in Auckland, from the fanciest of recording studios to makeshift vocal booths in bedroom closets; with cellphone recorded pianos, and featuring musicians ranging from high school colleagues to IT programmers, ex flatmates, brother-in-laws and even a record spinning Texan cargo loader - In Circles, the debut album from award winning producer Jeremy Toy as She's So Rad, is one expansive affair.

Drifting between gorgeously bruised, camouflaged pop songs coated with layers of washed out guitars and effects, and purposefully lo-fi gear that at times eludes to golden era hip hop while sounding modern enough to be tagged chillwave, In Circles is both economic and profoundly satisfying.

Appropriately enough it begins with Iceblock, a track that was originally recorded in Jeremy's home studio in 2009. It became the catalyst for the direction of She's So Rad with its irresistible lo-fi, hazy indie rock sound. From that exceptional entrance, every song is treated differently; with guitars from the 60's, synthesizers from the 70's, drum machines from the 80's and samplers from the 90's. Melding everything together, the album was processed through two quintessential ‘shoegaze' delay/effects units, and an old Yamaha 4 track cassette recorder that was purchased at a thrift store in Vancouver, giving the whole affair a whiff of 1990's garage rock.

Far from idle, elsewhere during the writing and recording of In Circles, producer Jeremy Toy was working with Sami Sisters on their debut album, Julien Dyne on his sophomore release for BBE, engineering for Ladyhawke on her first remix, as well as programming drums and playing bass for Liam Finn. 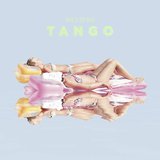