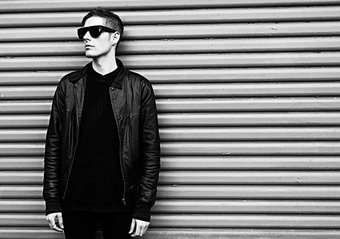 The Shocking Pinks hail from Christchurch and at one time featured ex-members of bands such as The Brunettes and Solaa.

New Zealand's Shocking Pinks, AKA Nick Harte, burst onto the scene in 2004 with the seminal dance pop record Dance the Dance Electric, which shared with the world Harte's peculiar brand of uncomfortable dance punk intimacy. With dirty lo-fi production, sweet melodies, and unexpected aggression, Harte channels the demons of obsession and emptiness into darkly lyrical art. Managing to conduit James Murphy, Fleetwood Mac, and My Bloody Valentine through the swagger of Scott Walker, Shocking Pinks have perfected the sound of bittersweet melancholia that teeters on the edge of self-destruction.

A long-term staple of New Zealand's indie scene, Harte has spent the last 20-odd years playing in some of New Zealand' most prominent bands (The Brunettes, Solaa, The Incisions, CM Ensemble, Hiatus). After releasing his first album in 2004 (which earned an 8.2 on Pitchfork) Harte was quickly signed to New Zealand's historic Flying Nun label, which released Mathematical Warfare and Infinity Land in 2005. Shortly thereafter, Shocking Pinks landed an international deal with New York's DFA label, first releasing a series of limited-edition vinyl 7" with remixes by The Glimmers, Deerhunter, and Eluvium, and then issuing the full-length album "Shocking Pinks" in 2007. Harte's self-titled DFA debut compiled some of the best songs from Harte's previous albums, and showcased his ability to carve out a raw and intense emotional space, that served as a stark counterpart to the party anthems of DFA electroclash label-mates.

While Harte did not formally release any music after 2007, they were years of great productivity. In a recent interview with Under The Radar, Harte said: "I ended up with 386 tracks ... I've got eight CDs with me at the moment"; he also toured, wrote for magazines, and collaborated on films. Yet they were also years of significant struggles, among them agoraphobia, insomnia, and past substance addiction. The biggest influence on Harte's music, however, was also the greatest catastrophe. On February 22, 2011 a magnitude 6.3 earthquake tore through Christchurch, his home city, killing 185 people and completely destroying the downtown area. Harte coped with the tragedy by painting his windows black and staying awake for days at a time, writing songs like "Take me (Lower)" in the abandoned rooms of his ruined home. Three massive earthquakes and hundreds of aftershocks later, with no buildings and no infrastructure left, Harte was eventually evacuated and forced to relocate to the city of Wellington and try to rebuild his life.

After the destruction of his city and the diaspora of Christchurch's vibrant youth culture, Harte used music as a therapy to deal with his isolation. Influenced by the cinematic structure of auteurs like John Cassavetes, Andrei Tarkovsky, and Nicholas Winding Refn, Guilt Mirrors is a sprawling, haunting, beautiful, and at times violent and alienating trilogy, that is much less a curated "album" than it is a personal mix tape. Chronicling the loss, the love, and the limbo of the last 6 years, Guilt Mirrors was released in 2014 by Brooklyn-based imprint, Stars & Letters Records. 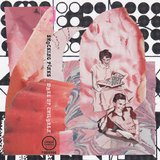