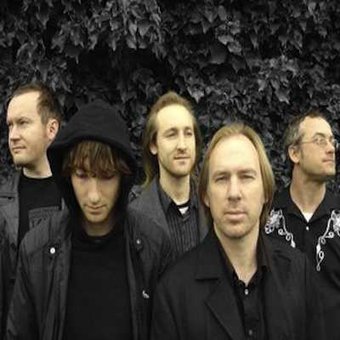 Asked recently how SJD was formed Sean James Donnelly replied, “I was formed at some point in the late 60s and was SJD for a while by myself, until I was joined by my bandmates in 2002, and altogether we became a sort of SJD v 2.0.”

The story began with the primal probings of his, no longer available, self-released debut album 3, which served as a potential-packed punctuation mark to the last millennium. Sean then hitched up with Round Trip Mars to release Lost Soul Music in May 2001. With exceptional and unclassifiable tracks like Tree People and A Boy (supported by NZOA video grants), he began to make a sizable impact, establishing himself as a unique artist on New Zealand's cultural landscape. Amongst the top selling independent albums of the year Lost Soul Music grazed the lower reaches of the charts, saw Sean nominated for a veritable swag of b-Net Awards, and heralded the emergence of a major songwriting and production talent. Having taken his finger-snapping and crooning solo live shows to their natural conclusion, Sean set about making SJD a live reality, incorporating the talents of guitarist James Duncan, keyboard don Dominic Blaazer and vocalist Sandy Mill, who would later be joined by guitarist Paul McLaney and drummer Chris O Connor.

Southern Lights was released to a no longer un-suspecting audience in July 2004, with distribution from Universal NZ. Led by the contemporary classic Superman You're Crying and with other singles waiting in the wings including Rising Falling Rising, The Witness and the Clean-sampling motorik majesty of From A To B Or Not To Be (featuring David Kilgour), the landmark album saw Sean and sonic collaborator Angus McNaughton picking up the Tuis for best Producer and Engineer at the 2005 NZ Music Awards. French artist and label friend, Kid Loco remixed the title track to dazzling effect, and a special Pic‘n'Mix version of Southern Lights was released with further remixes from Sean and James Duncan as well as Phelps & Munro, Angus ‘Mood Unit' McNaughton and others.

Right on time, in July 2007 its successor Songs From A Dictaphone was unleashed with the help of a NZOA Phase Four grant. The album reached #11 in the NZ Album Charts, topped the iTunes sales chart and IMNZ Independent Chart, as well as dominating the Alternative Radio stats for the year. Two of the singles Beautiful Haze and I Wrote This Song For You were also licensed for high profile TV ad campaigns.

Eschewing his traditional three year turnaround, SJD's latest album was released in October 2008 and in his own words it's ‘the sound of 21st Century man banging (or at least knocking politely) on his cage'. Dayglo Spectres is an assured, direct and firmly focused affair, that carries all of the trademark SJD songwriting superbness with an after-dark and more social outlook, and the added input of co-collaborator James Duncan on the creative and production side. The ‘less obsessive and more to the point' process and combination (with Chris O Connor also co-writing and involved) has revealed another face of SJD, and the quicker produced and timed, more fun and downright sexier results speak for themselves. The premier outburst No Telling Where lit up the b-Nets like a Roman candle amongst Roman sandals, and once again he has produced an album where almost every listener has a different favourite track.

Is it the dawning of a new era in the SJD camp or just another tantalizing red herring from an artist who defies labels and travels his own path? Wait and see.

Following a stint as co-producer and keyboard player in Neil Finn's Pajama Club, and marshaling an all-star cast for the Breast Cancer Foundation release of Chris Knox's Not Given Lightly Sean has returned to his solo synthesized roots with a stunning set of new songs on the 2012 release Elastic Wasteland.