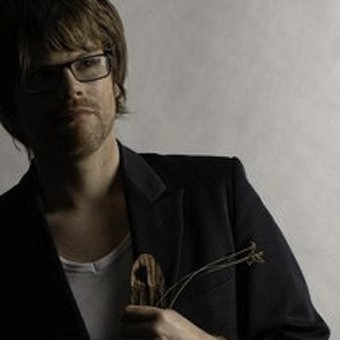 After the performance, the owner of the bar suggested he change his name from Steve Nicoll to Stevie Starr.

Later that year he finished his Honours degree in Psychology and moved back to Wellington to develop more rock orientated songs, forming 'Stevie Starr' with Brother John (John Dennison) and the Superfly (Simon Perris).

In 2001, after moderate success in Victoria University's Battle of the Bands competition the band performed frequently in Wellington bars. At the end of the year Starr traveled to Hamburg in Germany to perform well received solo gigs at venues close to the legendary Star club, one of the the honing grounds for The Beatles. Starr then moved to London, working odd jobs and performing at various venues.

After being fired for failing to turn up to a bar tending job (Starr was detained by Police in relation to a May Day protest march), Starr teamed up with electric cellist, Pablo Cloud, to busk full time in Leicester Square. Here, they gained the attention of the editor of F magazine who produced one of their songs on his website. Starr then traveled throughout Europe and returned to New Zealand in 2003 to record his debut album and pursue his love for writing as a freelance reporter.

Through working odd jobs Starr laid down the framework for his album, originally an avant garde concept entitled "e-pixel". The album may have remained this way if Starr hadn't been introduced to the ideas of Estonian composer Arvo Part. Inspired and with new direction Starr teamed up with old band mate the Superfly to write string and piano "mirrored" compositions in an isolated log cabin in the Horowhenua forest.

Facing financial difficulties after Starr's insistence on elaborate recording sessions Starr's credit card was cancelled and he faced the prospect of not completing his ambitious project. He needed money and perspective.

So, in 2007 Starr pursued his love for writing as the editor of Salient, the student magazine of Victoria University. By doing so he both earned money and attracted controversy by publishing edgy content including an article describing "How to rip of WINZ" (New Zealand's social welfare department) and a satirical essay of American foreign policy which resulted in a meeting with Police.

In 2009 Starr released his debut album entitled "We Hope In All Things New" and performed throughout Wellington with his new band and accompanying visual show entitled "BudapesTV" an interactive two channel, six screen media backdrop. 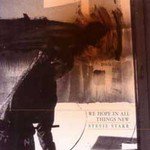 We Hope In All Things New