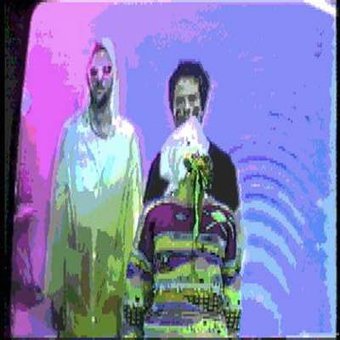 Auckland’s two-piece 'Stress Cadet leave you feeling warm in your own mess...

Their first album Swimmer! was birthed casually in 2008 and gorged itself on a deep fry buffet of frenzied mutant-soundscapes.

Chunks; their upcoming sophmore album was built in strange towns during their 2007 and 2008 tours around NZ.  Chunks will be available for between $2 - $4 from all major outlets.

“Build A Hole” , the first single to come off the Chunks album and has already been heralded as "the best music video to ever come out of New Zealand ever! Period!” by Michael Logie (The Mint Chicks, F In Math), “Build A Hole” was filmed on VHS by Stjohn Milgrew and conceived and edited by Stress Cadet themselves. A cascade of colours, kids (!) and Ronald McDonald (!!), the video visually sums up what the band are like sonically – a bit of a headf**k, but ultimately a lot of fun 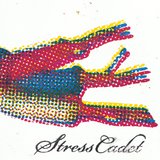 Their first album Swimmer! was birthed casually in 2008.