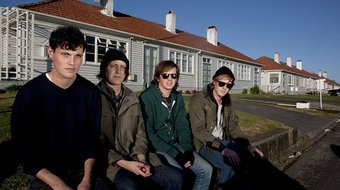 Surf City are not just flash in the pan new kids.

Formed in Auckland's Mt Roskill, they've been making a racket around the garages and practice rooms since 2004. Locally, it wasn't long before they were filling the basement bars and urban hang outs with their warm fuzzed up and strummed down frenetic tones. It was a sound pioneered in the early 1980s by New Zealand bands like The Clean and The Bats. But, Surf City were moving the sound forwards into the new millennium. They were giving the sound their own new contemporary twist.

It wasn't long before this sound garnered them some tidy gigs. These included support slots with Interpol, Dinosaur Jnr, Battles and MGMT, the Big Day Out and the Laneway Festival.

In 2007 their debut EP was released on Arch Hill Recordings in New Zealand and Popfrenzy in Australia. A year later, after the EP had travelled in it's own way around the world, it was released in Europe and the US on Morr Music from Germany.

Between all this touring the band have come up trumps with an excellent longplayer. It is called Kudos. The album was recorded mostly in bedrooms, basements and occasionally the old Arch Hill studios. Mostly it was recorded and mixed by themselves. We think it's a great album. 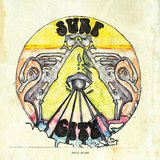 New Zealand psychgazers Surf City return with an album of sticky summer jams and fuzzy swirls and out and out dream pop blasts...