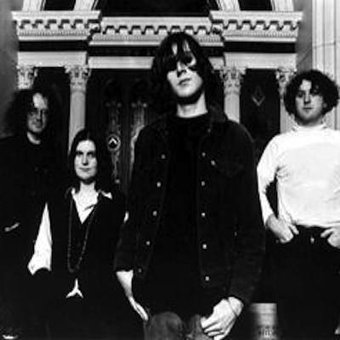 One of Spin Magazine's greatest 100 unsung bands of all time, this Flying Nun act's brand of noisy guitar pop made a welcome return to the stage this year.

Following their performances at this year's Merge XX celebrations, for the first time in twelve years The 3D’s will beam New Zealanders directly to “Outer Space” at the first St. Jerome's Auckland Laneway Festival.

“Hellzapoppin’” “Hey Seuss”, “Beautiful Things” are also 3D hits, and their live show was described as a “mind-boggling, eye-popping, heart stopping affirmation of twin-guitar hysteria".Their much-loved releases include Swarthy Songs For Swabs, Hellzapoppin, The Venus Trail, and Strange News From The Angels.

At home they have shared the stage with everyone from Nirvana to U2, and in the US they toured with Pavement, Superchunk and Guided By Voices.

Whatever planet you live on, there is no band like them, no band as “spookily transcendent or plain raucous" as David Mitchell, David Saunders, Denise Roughan and Dominic Stones – collectively known as The 3D’s. 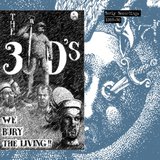 Researched and compiled by Bruce Russell (Dead C) The 3D's - Early Recordings 1989-90 is exactly that. A selection of tracks from the Dunedin band's formative years.