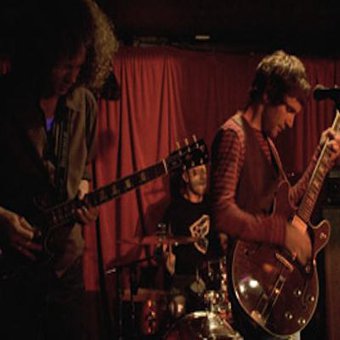 The Lookie Loos began their life at the start of 2005.

The two founding members of Tim Steers (Guitar+vox) and Alex Mustard (Bass) met whilst studying at the same institution within Hamilton.

Steers moved from the U.K to study music within New Zealand and Mustard made the long journey from Waihi to study sport at the Waikato Institute of Technology.

Musically the two began to collaborate after only a few months of knowing each other and instantly found a kinship within their writing and composition. It was the music that they loved that forced them to begin writing original music with a view of playing live around New Zealand.

The first full line up of the Lookie Loos saw the addition of an American drummer by the name of Joe Gruber. After recording some demos and playing live for six months the three piece were due to release an EP towards the end of 2006 but were hampered by the news that their drummer was being deported back to the U.S and thus stifling the release and all shows were cancelled.

At the start of 2007 the band had spent a lot of time writing and trying to find new members that would fit within the band to push on and finish the EP. The beginning of the year saw the addition of two new members to the band Daniel Reece (lead guitar) and William Page (drums). Thus making the outfit a four piece.

After some time working on the sound of the band and re-arranging the songs to fit the new line up, the band began playing live once again. Throughout the start of the year the band played with bands such as the Coshercott Honeys Fighting The Shakes, The Vacants and White Birds And
Lemons.

The band were now moving ahead with great vigour and purpose. But once again unforseen events were to hamper the band once more. In a tragic accident Alex Mustard, the bands bass player had a horrific injury to his left hand that meant he was unable to play for an unknown period of time, if at all. The band stopped all shows once again to give Mustard a chance to rehabilitate.

After a short hiatus Mustards future was still unsure but with his blessing the band recruited the help of Adam Page, bass player for Sunny Tokyo and good friend, to fill in so that all momentum was not lost.

In the coming months the band continued to play as many shows as they could to heighten their profile within NZ whilst finishing their own E.P. Happily, Mustard was able to return just in time for the release
of Timing Is Everything. 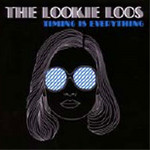 This EP was written, recorded and engineered by The Lookie Loos within the confines of the Waikato Institute of Technology by the band over a 3-month period. This was made ...