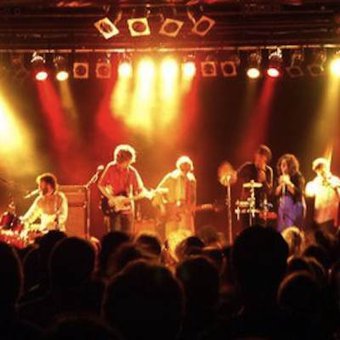 Since forming in May 2008 the band of brothers and accompanying ‘mot’ burst on to the music scene by supporting Liam Finn for his sell out concert at the power station and produced/released their debut album ‘The Mots’ within 6 months of playing together.

The Mots are made up of the Mulholland brothers, Jolyon (guitar/vocals), Eden (guitar/synth/vocals), Will (drums/vocals), and their bass ‘mot’ Greg Hillier.

All of the mots are well tuned to the NZ music scene, having come from bands ‘Gasoline Cowboy’ (Jolyon/Greg) and ‘Motocade’ (Eden/Will). But coming together brings new exciting musical ideas/collaborations for them all.
Pop/rock/indie, how to describe these boys? They’re a mixture of it all, with varying influences. It’s a family thing that ware sure to sustain notes at home as well as beyond New Zealand shores.

These boys have not only won the support of well known New Zealand music family the Finn’s, (mixing/mastering ‘The Mots’ at Neil Finn’s studio Roundhead), but also gig goer’s and music lovers all over Auckland and myspace.

Within 6 months of forming, The Mots release their self-titled, debut album. Mixed and mastered at Roundhead Studios.