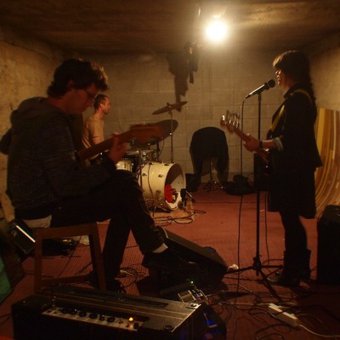 Opposite Sex came together by chance in the isolated North Island town of Gisborne.

After a trip to Europe Lucy returned to Gisborne with a bass guitar and nothing to do, so she invented her own percussive style of playing and wrote strange and disturbing songs. She met 2nd hand bookshop owner Tim, who had found a drum-kit on a front lawn in a garage sale, and taught him how to play drums. Fergus, self-taught from listening to Guitar Player magazine CDs in his bedroom, completed the trio.

The sound they developed in splendid isolation is, they say, some kind of absurdist-logico mix of Euro pop, Beat poetry, and subterranean lo-fi adventuring. Drawing musical inspiration from such disparate elements as The Velvet Underground, Half Japanese and The Beatles and marrying it to lyrical themes of animal kingdoms, love and loss, and master/slave dialectics, OPPOSITE SEX reinvent alternative pop in a style of their own.

In the summer of 2011 Tim & Lucy relocated to Dunedin. Along with Fergus they recorded the album at Fishrider Studio in Dunedin. It retains the simplicity and space of their stripped down live sound, but in the studio they have found even more of the dark magic inhabiting their songs. The album was released by Dunedin underground psych-pop label Fishrider Records on CD and LP in November 2011. It gets a UK release on CD and 180gm LP on 23 April 2012 on Fishrider Records in association with Occultation Recordings (www.occultation.co.uk) and distributed by Proper. 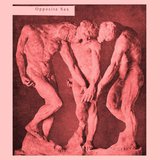 The subversive pop of the debut album by Opposite Sex will warm the heart of anyone who viewed the heady years of 1978-1982 (Rough Trade Records, the NME's C81 Cassette, ...