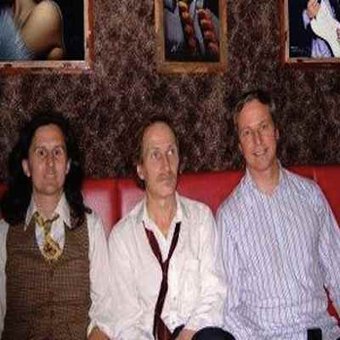 The Puddle, a revolving line-up of musicians assembled around the unstable core of George D. Henderson, have been around, in one form or another, since 1984. Three albums and a 7" single on Flying Nun between 1986 and 1993 attracted critical appreciation and notoriety in equal measures for "pop as shambling and sweet as you could possibly imagine". In 1993 The Puddle toughened up and recorded the definitive brainy outsider rock album, "Songs for Emily Valentine", but, apart from a 1995 single on a French label, the SFEV recordings were not released until 2005.

Late in 2005 Henderson and The Puddle line-up that had played since 2000 (Ross Jackson - bass & Heath Te Au - drums) recorded "Playboys in the Bush" in a Wellington studio. This album is planned for release in 2010. Meanwhile in 2007 Henderson recorded the album "No Love No Hate" with his brother in Dunedin and released it to general acclaim and some surprise that he was not only still alive and lucid but also absolutely on top of his songwriting game as well.

The new Puddle line-up of the Henderson brothers and bassist Gavin Shaw then recorded "The Shakespeare Monkey" album, released in 2009, and embarked on the first national tour by The Puddle since the early 1990s. An EP was recorded on this tour and is planned for release in 2010 along with the long-awaited 2005/06 album "Playboys in the Bush".