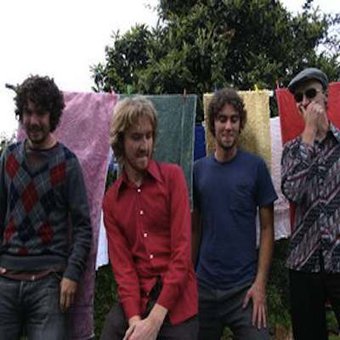 The Reduction Agents are an oddity in todays world of pop music: they play catchy songs but without resorting to clichéd lyrics and repetitive musical structures.

The first twinklings of the band began when James Milne originally picked up a guitar in Christchurch and decided that he may as well become quite good at playing it. This led to him joining the Brunettes, with whom he toured the US last year. He also contributed a song, You Beautiful Militant, to their genius album (Mars Loves Venus). However, he soon found himself veering away from the band possibly due to his light golden (rather than brunette) hair or his propensity to dress in fancy Arabian garb. Since he was leaving anyway, he decided to take the drummer, Ryan McPhun with him (okay, so, thats not really what happened). Milne brought together two of his Christchurch music scene alumni Ben Eldridge (guitar/keyboards) and Jolyon Mulholland (bass) to complete The Reduction Agents.

The band was driven by a set of songs that Milne had written and developed over the previous decade and quickly became a mainstay on the Auckland scene. The strength of the band was partly driven by the fact that each member was an experienced musician and singer in their own right McPhun leads The Ruby Suns, Mulholland leads Gasoline Cowboy, and Eldridge is a core member of the Heavy Jones Trio. This meant that when it came to recording the Reduction Agents album, the band could simply go into a studio and play a miraculous technique that apparently was common in the sixties when musicians didnt require endless overdubs in order to play a set of chords in a row. In fact, they didnt quite make it into an actual studio though they recorded in a set of rooms they adjoin The Lab in Auckland, as well as in the foyer. The result is The Dance Reduction Agents a collection of rock songs in a classic vein (though not the kind of classic that you would find on Hauraki, obviously).

Waiting For Your Love is the kind of hit single that other lesser bands wouldve put at the start of their album, rather than burying it third to last. 80s Celebration, Urban Yard and The Pool have already enjoyed strong airplay on the b-net stations and the latter two reached number one on the alternative airplay charts. At the same time as releasing The Dance Reduction Agents, Milne is also releasing a self-titled solo album under the name Lawrence Arabia (put out by his own label, Honorary Bedouin, although it does have a Lil Chief catalogue number). Here he collects together his more experimental, yet no less catchy, tracks. More proof that a new star is in ascendance be the first to see it gleaming in the night sky. 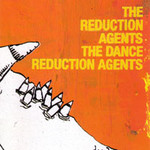 The Dance Reduction Agents is a collection of rock songs in a classic vein. Waiting For Your Love is the kind of hit single that other lesser bands would've put ...