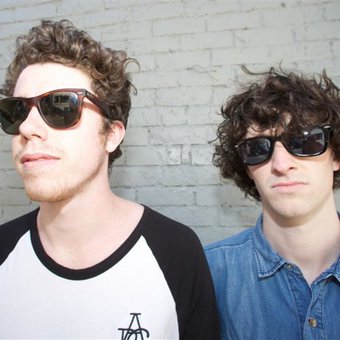 Two Cartoons are two guys making friends through the medium of music with an aim of putting smiles on faces and bringing cool dance moves back to the dance floor. The creative collaboration of Brad Craig and Isaac McFarlane, Two Cartoons are a young emergent band that have already seen a high level of success, preparing them to take both local and international stages by the horns. They have featu
red on the 2011 NZ CMJ Music USA compilation album and are the first Dunedin-based band to receive NZ On Air funding under the new scheme for the track ‘Better Coast'. This talented young duo are making a big splash in 2012.

In February 2012, Two Cartoons released their debut EP Jelly Tip Lips (via iTunes, bandcamp and nationwide retail). This release was received by much accolade and praise earning a five star rating. The tracks Broken Bones and Rainbows were each voted in the 95bFM and R1 91FM Top 10's for 10 weeks running with Rainbows gaining the number one spot on the Radio One Top 11, as well as all three songs gaining a huge amount of radio play on KIWI FM. May 2012 has seen the band secure further NZ On Air video funding for the track Rainbows.

Following this success Two Cartoons have been selected to open for popular NZ bands Opossom and Ladyhawke. 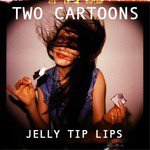 Jelly Tip Lips is the sound of innocent curiosity and sunshine expressed through two guys clinging to youth and simpler times.