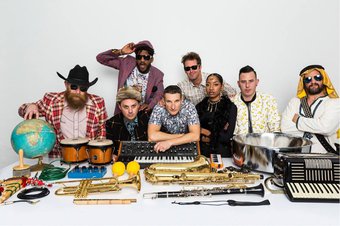 Helmed by New Zealand radio host, DJ and music encyclopedia Nick Dwyer and legendary Auckland based UK producer DJ Dick "Magik J" Johnson, Weird Together is one of the most globally minded dance music projects to emerge from the South Pacific in recent times.

Formed as a studio project, Nick and Dick fashioned idiosyncratic re-imaginings of their favourite dance genres from Africa, South America and the Caribbean. After securing a headline slot at Splore Festival (NZ 60k cap) they formed a live band with Karima (Sudan), Mavs (Nigeria), Izak (NZ), Alesano (Malaysia), The Gaza Tripp (NZ) and Yonier (Cuba), that solidified the group as truly Weird Together.

Since then, they've sold out festivals and nightclubs across Australasia, including Rhythm & Vines, Homegrown, Subsonic and their own Weird Night Out and World Together festivals, sharing billings with Todd Edwards, Daniel Haaksman, Jillionare, and Nile Rogers.

Infectiously fun live entertainers, Weird Together are rapidly shifting gears from influenced to influencers. While they originated at the bottom of the map, their impact is borderless. 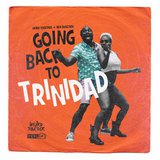 Going Back To Trinidad