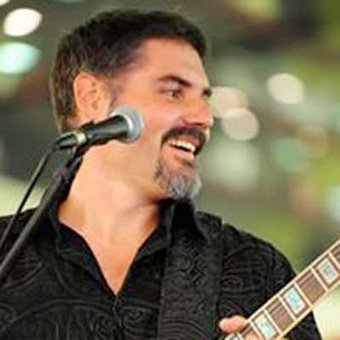 Frontman Darcy Perry (guitar, vocals) is an entertainer with a deep understanding of the blues.

He's played along side some of the world's best and it shows, both in his rich guitar tone and electrifying stage presence. Norway's finest blues piano man, Simen 'Bluekeys' Taylor and local harmonica legend Craig Bracken stamp an authentic New Orleans meets Chicago feel over what has been best described "a rhythm section as tight as a drunk Scotsman". Justin Roys (drums) and Paul Merriott (bass) provide a groove so smooth it's guaranteed to make you move.

Widely regarded as the best blues band New Zealand has seen in years, the Darcy Perry Band perform with a ferocity and passion that will floor you!

...singer/guitarist Darcy Perry is one of the current new breed of blues enthusiasts ...and his six-string Gibson passion shines throughout his debut album, Blues 4 Dad (Independent). - Brent Cardy (Real Groove)

The Darcy Perry Band is a tight electric blues band centred around the BB King-influenced guitar and R&B inflected vocals of Darcy Perry... should appeal to both blues purists and the casual listener. - Tony Parker (New Zealand Musician) 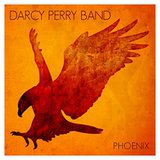