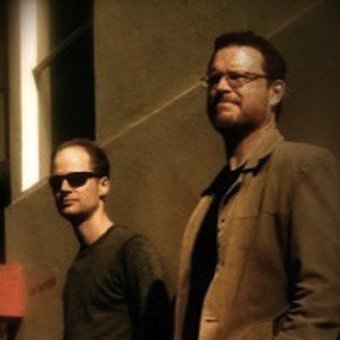 Darrel Greaney and Pete Edge met when they were fourteen years old at high school in Palmerston North, a city in the North Island of New Zealand.

Their first public performance together outside of the school band was a rather ropey instrumental version of Steve Miller’s The Joker for their English class. Dreams of rock stardom naturally followed, and Pete put down his sax and focussed on singing and playing guitar.

It took about fifteen years and many, many bad cover versions played over many beers on many late nights before Pete and Darrel finally sat down and tried to write their own material.

Their first original song We Could Be Good is available here. A couple of new songs later and a long time agonising over a band name and The Gracious Deviants were born.

“Gracious Deviants” is actually an acronym of “voices and guitars” but is also a fairly accurate description of the band itself.

Their first official gig as The Gracious Deviants was a support slot for local singer/songwriter Tyree Robertson. Tyree had been hosting a regular open mic night called The Henrietta Ford Stagecoach at another bar, The Blue Note (now The Fringe Bar), when Pete and Darrel decided to jump on stage with borrowed guitars and try out their new songs.

Impressed by what she heard, Tyree invited them to play at her “Gladeye” album release party at the Curve Bar in Wellington.

Thanks to the support of Tyree and another prominent figure in the Wellington acoustic music scene, Pete Baillie, The Gracious Deviants evolved beyond the weekend hobby into something more serious.

The Gracious Deviants have played many of the venues in and around Wellington including: The San Francisco Bath House, Bar Bodega, The Fringe Bar, Medusa, Happy, The Ruby Lounge, Katipo Cafe, as well as a number of outdoor festivals including the Island Bay, Kilbirnie, and Newtown Festivals, concerts in Frank Kitts Park and Te Papa Promenade among many others. 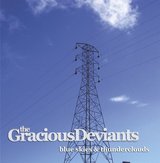