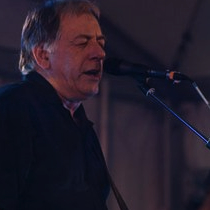 Ninety Mile Days is a collection of all-new originals

Ninety Mile Days is a collection of all-new originals covering the electrifying gamut of Gamble's styles, from McCartney-esque pop songs in ‘Memory No.1' through gentle soulful ballads ‘I Had A Dream' to full-blooded blues rock songs ‘It's Been Too Long' ringing with Gamble's lead guitar.

With definite touches of Hammond's life in New Zealand, as told by Hammond ‘Ninety Mile Days' is "a little story that looks back at a time spent at Ahipara up north in the mid seventies, Susan and I went back recently to get some photos for the cover."

A few of the songs I wrote a long time ago and never recorded. I used to do "For the First Time" over 30 years ago although I've changed the words and the great Midge Marsden used a version of ‘Strangers Girl' for his Burning Rain epic in 1990" he adds.

The album was once again produced by Rikki Morris, who also plays guitar. "Rikki had this idea of recording the rhythm tracks in the old theatre in Devonport and it sounded like an interesting idea so he dragged all his gear down there, set up and we were away!" says Hammond.

Both personal and reflective, Hammond finetunes his craftmanship on ‘Ninety Mile Days', available in stores Now.