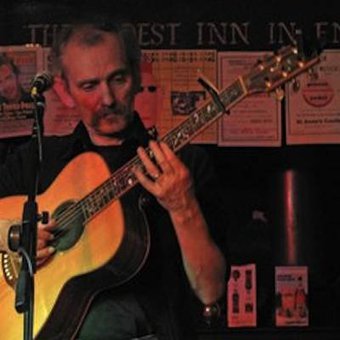 An acoustic blues performer in the ‘old style', Lil' Ian has reached, according to his critics, his place among the top performers of this style.

From Bruce Iglauer of Alligator Records to European and Scandanavian Blues magazines to South American Blues Magazines and to his current home audiences in Australasia, his reviews are testament to this. Listening to Lil' Ian you get the same feeling as if you were listening to old masters such as Robert Johnson and Son House is how one
reviewer put it. Whilst his playing remains faithful to the originals, they are somehow fresh and different is how another puts it. His playing is not just for the blues purist though as New Zealand's National Rock Radio Station, Radio Hauraki, dubbed him ‘Kiwi slide guitarist extraordinaire' after reviewing him on their blues show.

Having played support to Dave ‘Honeyboy' Edwards, Stefan Grossman and the more contemporary guitarist Andrew White, Lil' Ian has CD's played internationally and he tours internationally having played in the US, Europe and Australasia. He has just completed a tour of the UK with a stop to do some session work in San Francisco.

He has appeared on TV in both the UK and New Zealand and live on various radio stations throughout the UK. Listening to Lil' Ian is like being there, in the Mississippi, North Carolina and Georgia - just ask the many American audience members throughout the world that have come up to him and said that he reminds them of back home.