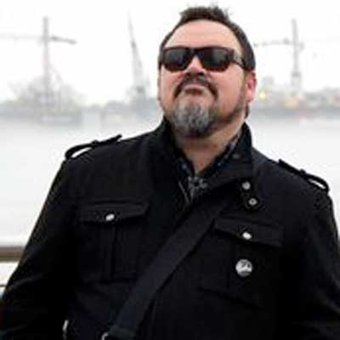 Over the better part of three decades he has developed a style that, while touching on all of the greats who inspired him, is personal, powerful and identifiably his own.

Watson gained national fame in the 80s as the young front-man and guitar-slinger for Smokeshop. The band made two albums, had several radio hits, opened for numerous international blues legends and toured tirelessly, earning Watson a place alongside the likes of Midge Marsden, Hammond Gamble and Rick Bryant as one of this country's best blues interpreters.

Since Smokeshop's demise he has made a series of solo albums, which show his development as a musician and songwriter. In 2009 he took 1st place in the International Songwriting Competition in Nashville. For his latest album, Saint Hilda's Faithless Boy, he has returned to his core business – the blues - with a clutch of classy original songs and the hottest band in the land.

Interestingly, this sweat-and-blisters, live-in-the-studio recording is not the album Watson first set out to make. Like so many musicians these days, he had built up a home studio and, over the past few years, become proficient at making his own recordings, playing every instrument himself. The results were impressive, and the original one-man-band version of this album was scheduled for release last year.

Then two things happened. A song from Watson's previous album, South Pacific Soul, was featured in a well-known television soap opera, bringing a small but timely windfall, while a new band of old colleagues assembled around the guitarist and began to perform some of his latest songs. Drummer Richard Te One and keyboardist Alan Norman had both worked with Watson in Smokeshop, while bass player Elliotte Fuimaono (Southside Of Bombay) featured on South Pacific Soul.

As Watson's new group – which he named The Real Deal Blues Band - conquered crowds in the Capital, the guitarist realised an even better record could be made if he simply took his current combo into the studio and performed the songs, the same way they played on stage. Saint Hilda's Faithless Boy is the result.

Watson wrote all the songs but one: a bold acoustic reading of the Willie Dixon/Otis Rush classic 'My Love Will Never Die'. The rest range from shuffles to funky grooves, urban blues to country-soul. There's even an instrumental with a hint of Weimar cabaret. But it is all infused with Watson's deep feeling for the blues. Listen. You won't hear a better contemporary blues album this year. From anywhere. 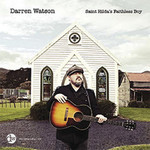