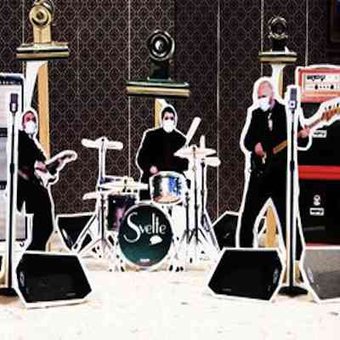 The three piece have played regular shows in Auckland and Wellington over the past 6 years with bands such as The Exponents, The Bads, OdESSA, and Die! Die! Die!

The video for 'Grind Your Bones' was discovered by major German publishing house Gestalten and was published in their 2010 book (and DVD), 'Papercraft'. See the video on YouTube here.

Listeners can expect tracks ranging from rhythm 'n' blues-based stomp 'n' roll (similar to the group's debut single 'Grind Your Bones') through to more atmospheric tracks which feature howling winds on a cold tin roof, traffic from Auckland's very own Balmoral Road and for the first time on an album, the sound of a vinyl seat. 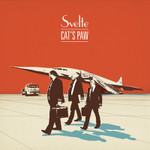 Svelte have been working on their debut album Cat's Paw for the past two years, enlisting producer Dr Karl Steven (Supergroove) to produce the 11 songs.