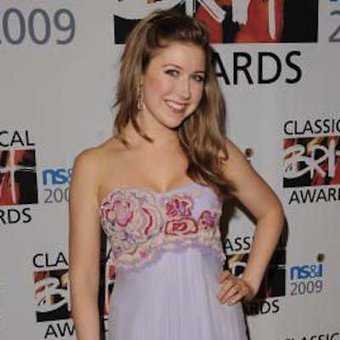 In December 2007 it was announced Hayley Westenra was the biggest selling Classical artist of the 21st Century.

Hayley's debut international album PURE went straight in at No.8 in the UK pop album charts and No.1 in the Classical Charts, making her the fastest-selling debut classical artist of all time. The album turned GOLD in the UK in one week and has since hit DOUBLE PLATINUM.

PURE went on to be the best selling album of all time in New Zealand, becoming 12 times Platinum and spending 18 weeks in the pop charts. It also went Platinum in Australia, Gold in Hong Kong and made the top 10 national pop charts in 11 countries.

Along with her second album ODYSSEY, third album TREASURE, West Side Story and Celtic Woman, Hayley has achieved combined sales of over four million albums around the world.

Hayley has performed for Her Majesty the Queen on a number occasions, President Bush and Tony Blair, Prince Charles, Colin Powell, Condoleeza Rice, New Zealand Prime Minister Helen Clark and in July 2007 Hayley was asked to perform for the Dalai Lama.

Hayley is the youngest ever Ambassador for UNICEF. Her Bikes for Ghana' campaign was a huge success and provided 6,000 bikes to help young Ghanaian girls attend school and find a better future. Hayley revisited Ghana in 2008 to continue her work with UNICEF, this time launching a new water pumps project. She has also been an Ambassador for Save the Children, Hong Kong, is a patron of the Raukatauri Music Therapy Centre in Auckland, and is Matron of WEN (Women's Environmental Network).

Hayley has performed at Carnegie Hall, the Sydney Opera House, Wembley Arena, Royal Albert Hall, The White House and Kensington Palace. Hayley sang at Capitol Hill, Washington as part of 2008 official Fourth of July celebrations. Hayley has duetted with Andrea Bocelli, José Carreras and Bryn Terfel. She has also appeared as a special guest with the World's leading orchestra's including the Moscow Philharmonic, The Boston Pops and the RPO. 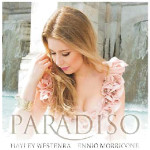 Hayley Westenra celebrates ten incredible years in the music industry with the release of her fifth studio ...