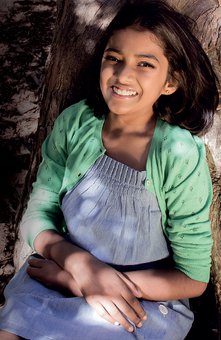 At that young age she was oblivious to winning or not making through to the next round in singing contests. For her both meant singing again, maybe to a different audience if she did make it to the next round. Singing made her happy, it was her passion.

She won her first major competition at the North City Mall competing in the 5-12 year olds category when she was seven. Since then she has performed on a number of stages both here in New Zealand and overseas.

Jessie vividly remembers her performance at the parliamentary Christmas service in the Grand hall of the New Zealand Parliament to a very formally dressed gathering consisting of parliamentary dignitaries and diplomats. Impressed by her performance the Singapore high commissioner at the time invited her to perform at the community end of year celebrations.

In 2010, she won the national round and represented New Zealand at the World Championship of Performing Arts in Los Angeles. She won in multiple singing categories. After her performance in the show case event she was invited to meet with renowned vocal coach Seth Riggs- who has worked with legendary singers including a few of Jessie's idols like Michael Jackson - at his home and studio in Hollywood. Seth expressed interest in working with her regularly - an opportunity she couldn't pursue as it would have meant relocating the whole family of four to the United States.

She has appeared in New Zealand Television a few times - as the youngest contestant on TV1's "Find a Star", performing "Time to say good bye" with her sister Julie accompanying on piano for Charlie's final show on "What Now" and most recently on New Zealand's Got Talent, eventually taking the runner up spot at the age of 11.

"I just want to be singer" she said in one of the interviews on New Zealand's Got Talent, which she rates as one of the most wonderful experiences so far in her amazing journey. For Jessie the show was all about getting to know and working with a truly amazing set of people and connecting with people from all walks of life. People recognise her on her way to school, in the mall and while talking stroll down the park, offering words of appreciation and encouragement. She has even managed a celebrity status with the subcontinent media with major national newspapers running features of her success in New Zealand's Got Talent.

"You have that deep compassion, humble spirit and voice like an absolute angel. Thank you, you are absolutely stunning" Rachel Hunter, one of the judges in New Zealand's Got Talent had said of Jessie.

After the contest she dashed off to Beijing to perform for CCTV in their International Concert representing New Zealand, a show that was aired to over a billion viewers on New Year's Eve.

Her first break as a recording artist came when Sony Music decided to record her debut album "With Love". It debuted at #5 on NZ Top 40 and #3 on NZ Top 20 charts.

She has been performing in many different venues across New Zealand between her school work and practices.

"It's just the energy in the performance, it's all really fun. When you see other people enjoying it too, you really feel the pleasure of it and all the hard work you've done on that song pays off." She speaks of it as an interactive experience between herself and the audience.

When she's not singing and performing for her fans, she likes to read, teaches her self-confessed non-musical mum and dad a few notes or try to figure out a way to attract monarch butterflies to her well looked after swan plants.

Jessie's words of wisdom: If You can dream it, you can do it!

· Performed on CCTV in China, representing New Zealand in the International Children's Concert

· Performed in the Grand Hall of New Zealand Parliament 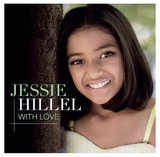 During 2012's strongly contested ‘New Zealand's Got Talent' competition an 11 year old Jessie Hillel consistently stood out with a beautiful and powerful voice beyond her years. By the time the highly contested final concluded Jessie had placed a very close 2nd and won the hearts of a nation.