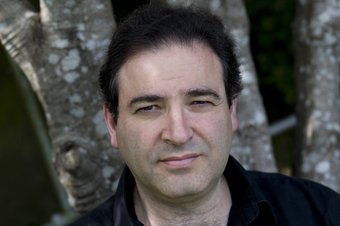 John Psathas is one of New Zealand’s most internationally acclaimed composers.

From genre-crossing projects with jazz legends Michael Brecker and Joshua Redman, to an innovative e-book scoring collaboration with Salman Rushdie, from an unforgettable recording session with the Grand Mufti in Paris's Grand Mosque, to a Billboard classical-chart-topping album with System of a Down front-man Serj Tankian, John's musical journey weaves through myriad genres, and has moved concert audiences in more than 50 countries on all 7 continents (yes, even Antarctica).
Early career collaborations included working with such luminaries as Sir Mark Elder, Kristjan Jarvi, the Takacs Quartet, Lara St. John, the Netherlands Blazers Ensemble, Dame Evelyn Glennie, Edo de Wart, Joanna MacGregor, Pedro Carneiro, the Halle Orchestra, The New Zealand Symphony Orchestra, the Strasbourg Philharmonic Orchestra, Symphony Orchestra of Emilia Romagna "Arturo Toscanini", the BBC Scottish Symphony Orchestra, and many more. Then followed a period of intense creative exploration in the worlds of electronica and jazz, and a series of mega-projects (such as scoring much of the opening ceremony of the Athens 2004 Olympic Games). All of which has led to an explosion of first-hand collaborations with artists from dozens of musical traditions spanning Asia, Europe, North and South America, Africa, and Australasia.
John is now developing projects that integrate the many strands of this creative journey. Much of his recent work has social and historical commentary at its core. The film White Lies (original film score) depicts a headon clash of beliefs and the nature of identity in early NZ European settler society. Between Zero and One is inspired by ancient and modern rhythms, and brings musicians from around the world into the concert space via interactive projection, transforming and challenging the traditional experience of fixed-location, temporallycontained performance. 100 Years (in collaboration with Serj Tankian) is an unflinching exploration and remembrance of the Armenian Genocide begun in 1915. Most recently, the epic and experimental No Man's Land project overtly challenges the accepted handling of WWI commemoration. No Man's Land involved filming and integrating 150 musicians from more than 25 different countries, including Oum El Ghait (Morocco), Meeta Pandit (India), Bijan Chemirani (Iran/France), Marta Sebestyen (Hungary), Vagelis Karipis (Greece), Refugees of Rap (Syria), and Derya Turkan and Saddredin Ozcimi (Turkey).
The works of this Greek New Zealand composer now emerge from a dazzling 21st-century backdrop, where dynamic collaboration with creative masters from all corners of the physical and artistic globe result in outcomes that are visionary, moving, and inspired. John's music has achieved a level of international success unprecedented in New Zealand history, and he is also now considered one of the three most important living composers of the Greek Diaspora. 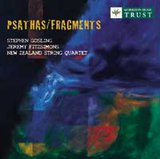 Like an injection of adrenaline direct to the heart of New Zealand classical music comes a new album of chamber music by dynamic composer, John Psathas. The music of John ...