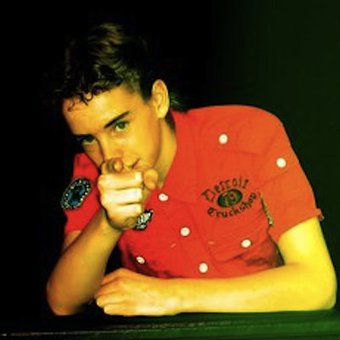 William was born in 1997 and has been composing piano music since the age of four; he is described as a music genius.

• Australasia Song Writing Award Winner at the age of seven.
• Public Performing from the age of seven" New Zealand and Brisbane, entertaining at Food
and Wine Festivals, Nelson Airport, Cafés, Christchurch Art Centre, Jazz Festivals,
Fundraising, Auckland Maori Television, Bearded Dragon Brisbane, Santa Parades other
Television appearances, his own Concerts and Recitals, plus many more.
• Confidently plays with other bands when required, including Orchestras.
• William captivates his audience with ease, and takes them on a journey from laughter to
tears as he pours his soul into his music.
• Recorded two cds, one at age seven another at age eight.
• He has attracted a huge amount of media interest.
• Plays Piano, Pipe Organ, Keyboard, Harmonica and Sings, From Classical to Jazz, Blues,
Country, Pop and Rock'n Roll.
• His Music room is lined with Awards, Cups, Certificates & Trophies, dedication is eminent.
• Two of his compositions are ( War Flowers ) which contains moving lyrics about the war
and (Tribute to Mount Erebus ) an Instrumental piece that captures an airy imagination of
New Zealand's worst air disaster, both demonstrate an amazing ability with emotional
impact, way beyond his years.
• William has been elected a full Singer Song Writer with APRA from the age of seven.
• Two compositions entered into the 2008 UK Song Writing Competitions open section
became Semi Finalists, and were among the top 15% World Wide.
• 2009 William played for NZ Music Month, in which he performed at a number of venues.
• October 10th 2009 he held a stunning Concert at Melrose House, Nelson.
• In December completed a performance at the Nelson School of Music playing Piano for the
Greenhill Orchestra, Beethoven Concerto No 1 including his own Condenser.
• December and early January 2010 William performed again in Brisbane.
• The plan for 2010 he will begin his School Time Music Tour, Perform for the National Trust
Power Awards, The Ark Fundraiser, Café Concert, plus others are currently being arranged.
• February 2010 William was nominated for New Zealand's People's Choice Awards.
• Was honoured" to be personally invited by Sir Cliff Richard to meet him, during his
Christchurch New Zealand Tour.
• If you are interested in William" performing or would like any other information please see
the contact details below.