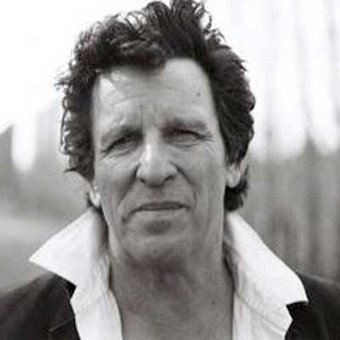 My parents Robin and Valerie didn’t play any musical instruments, didn’t need to, they both had music somehow in them.

Because we lived in the country they had a great love of the land and seasons, which made a sort of poetry of its own. My mother would usually have the radio on, a lot of which was the pop of the time, but I was really captured by the odd song that would somehow be an outsider. Songs that seemed to come from another older world; dark landscapes of men who had fallen outside the law, been driven mad by love, greed, or both and had ended up being hunted, or on the gallows. Songs such as Tom Dooley, El Paso, or Frankie and Johnny, or like when I first heard Rolf Harris singing Sun Arise - a picture of a mysterious people in a vast and sun burnt land somewhere over the sea. These pictures seemed to fit the dark beauty of Taranaki where we lived, among people who didn’t say much and didn’t seem to need to.

My father took a job looking after the farm at Lincoln College and it was to there that we shifted. People from all parts of the world were there. We would attend student shows where the bands played Shadows and Ventures’ instrumentals. My father bought me a guitar. I had always sung, but this was something to sing with. I heard Lonnie Donegan singing the Rock Island Line and remember thinking this is a track I would like to be on. The train ran right through our farm so all the imagery seemed to fit. I sang songs that were simple and strong like If I Had A Hammer; the meaning or history of them didn’t even occur to me at the time. Then one day out of the radio comes four chaps singing Love Me Do with a harmonica. The world was about to change and music was about to be the lightning rod. Pop-folk bands had discovered the blues and turned it into some new language of change, and change it did. The time was lighting up. A fire storm had blown through the front door and fear had left by the back. Nobody was quite sure what is was, where it was going, or even if it was any good. The only thing we knew for sure was that there was no turning back.

Hillmorton High was to become my home for the next few years. We did all the regular learning, but music was definitely the life rope by which you attached yourself to the people you wanted to. Most were into the pop of the day, but some had discovered records of the early Stones, Muddy Waters, or Dylan, which meant they lived on the dark side a bit - which I liked. Then there were people with voices that sounded like they were coming out of the centre of the earth; soul men like Otis Redding, Wilson Pickett and the like; I formed a band playing along these lines. We didn’t record, probably just as well, as a fifteen-year-old singing a lyric with the heavy timbre of One & Only Man or Mannish Boy would probably sound a bit comical.

Bands sprung up all over town. The kings of these for me were The Chants, who were resident at the Stage Door Club. The Chants played a fearless, white hot brand of R&B soul and blues. They had what any great band has, in that they could take anything and make it their own. Their counterparts in the north would have been The Underdogs, or maybe The La De Das, but The Chants had a heat about them that shook the halls of Anglican Christchurch - a great blueprint for a school boy wanting to put a band together.

I think my mother and father were seeing what an effect all this was having on me. It was summer, and one Saturday I went working with my father on his friend’s farm. We were weeding endless rows of some sort of swede or beet. I noticed he had been quiet. Then he just said ‘why don’t you forget about everything and just follow the music?’ With that little handful of words it was like someone had opened a door in a brick wall. A door I had imagined was there but hadn’t been quite sure, until that moment.

I spent that year working at the railways. I formed a band called Orange and we shared the bill with The Salvation at a club called Sweethearts. Mostly we played things such as Hoochie Coochie Man, Smoke Stack Lightening and some Doors covers. We were offered a residency at another club, on the condition that we cleaned ourselves up a bit and played some more accessible material. This was a different league. We were getting paid and playing to good crowds. The fact that we had grown overnight from a blues band with wailing harmonica and endless guitar solos, to virtually a pop band, didn’t seem to be worrying anybody. There was electricity in the air. The Kirk government had abolished conscription and the people were saying no thanks to the Vietnam War. A definite change of the guard was taking place and somehow the music was once again a soundtrack to it all. This was a pivotal time for me as I had begun to think of myself as a musician, without too much thought for anything else. It was with these thoughts that I boarded the good ship Australis with a few hundred other souls. We left at night from Queen’s Wharf Auckland out through the Hauraki Gulf to arrive at Southampton, England.

London was grey, cold, raining and beautiful. For a young man having grown up in New Zealand with all its connections to Britain, there was a familiarity to nearly everything. My drummer friend Richard Burgess recommended me to an Irish Country band, to play guitar and drive the van. Soon I was to meet a man called Jack McCarthy, he had a traditional Irish band called Dingle Spike. He took me on playing bass guitar and singing. This was like landing somewhere in my past, and it still amazes me how the music was genetically in me from my Northern Irish roots on both sides. The songs fell out of me like they had always been there: beautiful Irish ballads, angry, sad rebel songs, and sentimental country songs - music that made you thankful to be part of it. I began to see direct connections between the traditional Irish and the country music that I had grown up with by way of my parents’ records, but it was to be a while before I could make this into something of my own. Arriving back in New Zealand the first thing I noticed was the Maori place names on the weather forecast - beautiful and rhythmic. It was good to be home and amongst people who were pretty much who they said they were. I joined a band called Rockinghorse and moved to Wellington where they were based. The band didn’t have much life left in it, but before folding we did some good things, like nights with the Red Mole theatre group and a couple of good tours.

In 1980 I went to Sydney with The Tigers and walked straight into the Australian music industry, and all that comes with it - mostly endless touring. We did what seemed like a very big tour with Eric Burdon, but I was very aware that I still hadn’t found my voice either as a singer or a songwriter. Although I had a pocket full of songs, I needed to find a place to work out who and what they were.

Landing back in Wellington with nothing but my clothes and some songs was strangely liberating. For the last few years I had been listening almost only to country records of the kind that was pop before the country tag came along; Hank Williams, Hank Snow, Jimmy Rogers, early Elvis, Chuck Berry; the music of my parents and my childhood. It was becoming clear that in order to go forward I needed to grab a handful of the past to take along.

From the first nights at Wellington’s Cricketer’s Arms it was clear that The Warratahs had a life of its own. The songs liked the instruments; fiddle, piano, acoustic guitar, mandolin. It was almost like they played themselves and we were somehow in the middle of it all. We recorded after a short time. Maureen and Hands of My Heart were the singles from our first album, followed by Fool’s Paradise, Bruno’s Last Ride, St Peters Rendezvous and the Interislander Song and Rescue Me from later albums. The band has toured and recorded in Australia and New Zealand extensively, and is still very much alive and part of the landscape of this country. It’s a musical home for me and still has the fire that’s been there from the start.

I had recorded an album of covers called Long Shadows, using steel guitar and upright bass for the first time. However Weatherman was my first proper solo album. It was putting a foot on a new land with eleven new songs and using the Hammond and electric which was different for me. The landscapes were darker and more expansive, some quite broken.

Magnetic South was recorded in the Polish Refugees Hall in Greytown and mixed in Auckland. It has quite a folky feel to it, which is produced by Caroline Easther & I singing alongside each other. It’s taken me to a lot of places, Japan, Australia, the Dylan shows. And it won Best Country Album award and some other things that I can’t remember. I still play a lot of songs from this album.

David Long produced Red Morning for me, he’s an artist in his own right and he bought along all sorts of new colours, brass, steel, strings… I felt like I had really extended things while still remaining with the songs. On the strength of this album I was invited to the South X South West music festival in Austin Texas, where I did a show with Tom House at a little theatre called the Hideout on 6th Street, not unlike Wellington’s Bats Theatre. I played under a dim yellow exit sign. It was like a place in a Tennessee Williams film. The show went well and I walked back to the hotel feeling good inside.

Zodiac encompasses ten new songs once again produced by David Long. Originally it was to be four songs toward a ‘best of’ album, but the baby started to grow and we ended up with a new album. I loved the raw feel of the band and once again felt like the songs were moving somewhere. I have a version of The Phoenix Foundation’s Going Fishing. I love the lyrics and have turned it into pretty much a country ballad. I played piano for the first time on this album, also played quite a lot of electric guitar. The album has a good played feel to it and I’m looking forward to taking these songs out for a ride.

And that’s where it’s up to. This year I’ve: Been Daddy, Toured with the Cook Straight Social Club & The Warratahs, Made Zodiac, Turned 57, Learned to send an email and make hummus, Still believe in whatever it is….. 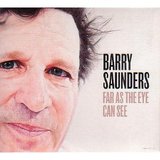 Far As The Eye Can See

Far As The Eye Can See is a collection of Barry's favourite songs from his albums.