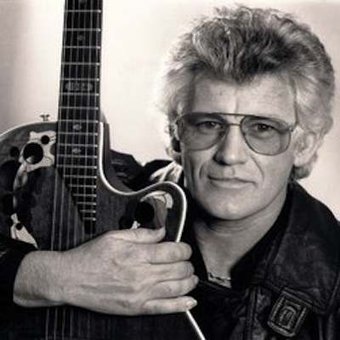 One of his four brothers, Barry (he also has three sisters) taught him to play the guitar and after answering a newspaper advertisement, he joined a band called The Phantoms. They played local dances and came runner-up in a radio competition called Have A Shot.

Gray was offered his first chance to record by Zodiac Records in 1961, and the result was a single Last Stage West. Tours followed over the following years and finally in 1965 the break came. Gray released a single La Player, which while charting moderately here, was issued in Japan where it reached number two on the their charts selling an unprecedented 410,000 copies.

In the late sixties Gray toured New Zealand with Tom Jones, Hermans Hermits, and Rolf Harris while also travelling to China where he has become a huge selling artist. With twelve concert tours of the country now completed the Chinese marketplace has loved his Kiwi style of music and his concerts have been screened to in excess of forty million viewers. As the years have rolled by the man has, through thirty albums and twenty singles sold to date over a million units of his music worldwide.

Gray is a New Zealand guitar legend. He's also a concert promoter, star-maker, Musical Director - he has done it all ... for 50 years now This 2CD set commemorates ...