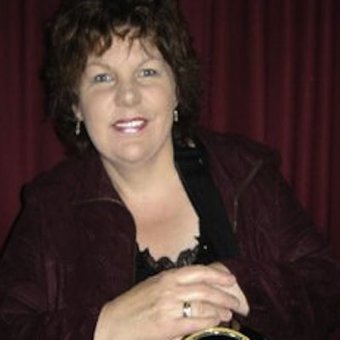 Joy has travelled extensively throughout N.Z, Australia, USA and Europe over the past few years promoting herself and her music.

She has a natural flair for songwriting and the rare ability to write and perform songs that can touch your heart, make you laugh or cry - or leave you feeling really good about yourself.

Joy has featured at most of the major Country Music Awards throughout N.Z. either as a contestant or Guest Artist. She has appeared on numerous Showcases, Jamborees, Festivals and Fundraisers both here in N.Z. and across the Tasman in Norfolk Island and Australia.

Over the years Joy has won many awards for singing and song writing and her music is now widely marketed and played on radio stations throughout Europe, USA and Australia.

She has been consistently in the top 20 of the Mainstream Independent Artists charts and in August 2001 released a radio single called I Know You Don't Love Me No More which went straight to #1 on the European Media Services Charts in the U.K.

She has recorded with Grand Ole Opry star Ernie Ashworth, Dewayne Orender, John Grenell, Graeme McCardle and while in Nashville met and recorded a duet with her idol Kenny Dale.

She later organised a 13 show tour for Kenny throughout the North Island in March 2005 which was very successful.

Joy regularly entertains at Workingmans Clubs, R.S.A's, Cosmopolitan Clubs and Private functions. Her extensive repertoire enables her to appeal to a wide audience and she is equally at home entertaining with just her guitar as she is with full band backing.

On her own, Joy works with high quality backing disks covering a wide variety of music. To these she adds guitar and vocals and offers an excellent affordable one-woman show.

In April 2008 Joy gave up her 'day job' to focus on a full time music career. In August she was recognised for her achievements in Country Music and was awarded the National Female Country Artist of the Year at the Kiwi Pro-Am National Country Music Awards in Hamilton. 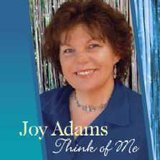