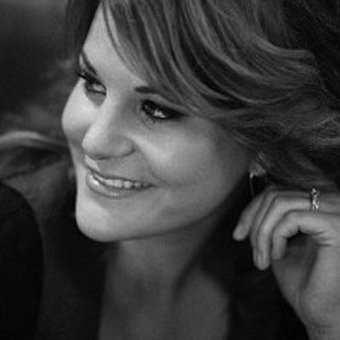 After releasing two albums and receiving widespread acclaim in her native New Zealand, the accomplished singer, writer and instrumentalist decided to bring her talent to Nashville. First-time listeners and longtime fans alike are drawn in by her honest and soulful delivery, which has drawn comparisons to Emmylou Harris, Shawn Colvin, Linda Ronstadt, Roseanne Cash and the great Patsy Cline.

At 17, Kylie became the youngest-ever winner of the overall Gold Guitar Award. This high-profile win eventually lead to a recording contract with BMG. Her debut album, “Let It Be Love”, was a critical and commercial success, earning her “Country Album of the Year” and the “Rising Star” award at New Zealand’s Music & Entertainment Awards. Her second album, “Fancy”, also took top album honors at those same awards two years later. This success and recognition lead her to tour throughout New Zealand and Australia as the opening act for Kenny Rogers, Ricky Skaggs, The Irish Rovers and Charley Pride, whom she also supported here in the states.

In 2001, her musical abilities and personable manner caught the attention of the television network, Great American Country (GAC). They invited her to host her own daily show called “The Edge of Country,” a program that caters to all fans of Americana/Roots music; it also reaches over 42 million homes in North America to this day.

2004 & 2005 found Kylie once again taking home top honors for Country Album of the Year and Song of the Year back in New Zealand. All this coming on the heels of her joining Patty Loveless’ touring band, where she provided acoustic guitar, mandolin and background vocals.

Kylie has traveled many miles in pursuit of advancing and growing as an artist and musician. Her new album, “Love, Lessons and Lies”, reflects on that journey. With contributions from; G.E. Smith,(Bob Dylan, Mick Jagger, George Harrison), Patty Loveless; Doug Lancio, (Patty Griffin, John Hiatt); Niko Bolas, (Neil Young, Linda Ronstadt, Warren Zevon); Richard Dodd; (Tom Petty, Dixie Chicks) and some of New York’s and Nashville’s top musicians, this album has all the ingredients to make it a timeless classic.

In a business that has overly produced and manufactured stars, Kylie reminds us that true and real talent should always be a prerequisite. 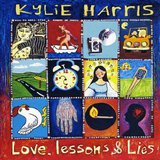